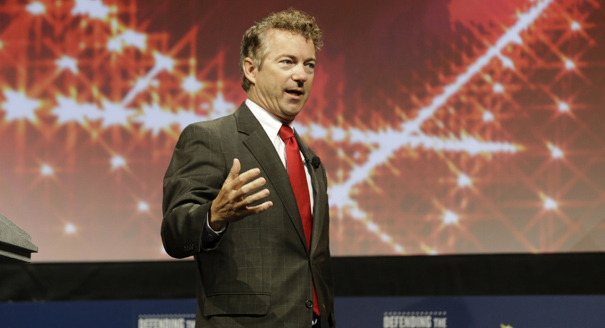 (Politico) – Sen. Rand Paul on Thursday blasted his own party for making it tougher for minorities to vote.

The Kentucky Republican, a likely presidential candidate, has long argued that drug laws disproportionately affect minorities and has also championed restoring voting rights for some non-violent felons. He laid out those views in a speech at the Liberty PAC conference, a gathering tied to his father, libertarian icon Ron Paul.

As he has done previously, in more traditional Republican circles, Paul said the libertarian movement can help the GOP be successful.