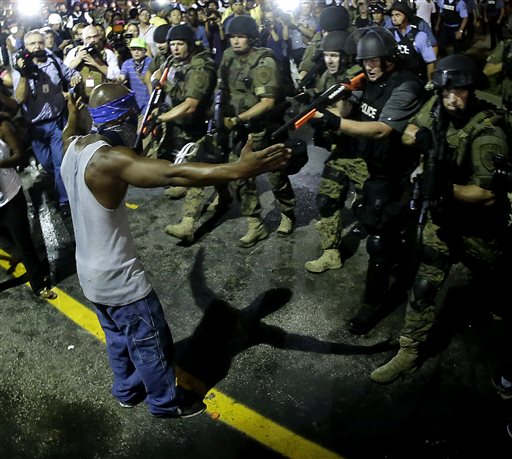 (USA Today) – When it comes to racially lopsided arrests, the most remarkable thing about Ferguson, Mo., might be just how ordinary it is.

Police in Ferguson — which erupted into days of racially charged unrest after a white officer killed an unarmed black teen — arrest black people at a rate nearly three times higher than people of other races.

At least 1,581 other police departments across the USA arrest black people at rates even more skewed than in Ferguson, a USA TODAY analysis of arrest records shows. That includes departments in cities as large and diverse as Chicago and San Francisco and in the suburbs that encircle St. Louis, New York and Detroit.

Those disparities are easier to measure than they are to explain. They could be a reflection of biased policing; they could just as easily be a byproduct of the vast economic and educational gaps that persist across much of the USA — factors closely tied to crime rates. In other words, experts said, the fact that such disparities exist does little to explain their causes.