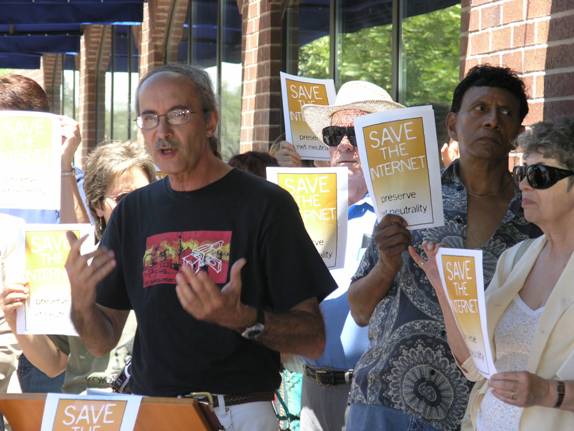 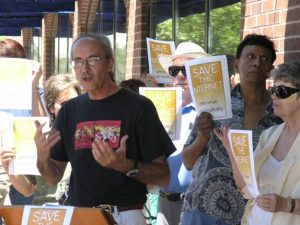 (Politico)—A blistering battle over net neutrality has the Federal Communications Commission hearing an earful — and from more than just the usual torrent of lobbyists and lawyers who swarm the chairman’s eighth-floor office.

“Eliminating net neutrality is wrong for America,” warned Carolyn from Kennewick, Washington, one of roughly 69,000 people to write the agency so far about its proposed open Internet rules. “Do not change the Internet,” pleaded David from San Antonio. “In fairness to all users,” added Debie from Gaston, Oregon, “do not allow these gluttonous internet providers any more corrupting power.”

Even beyond the Beltway, critics have pilloried the country’s top telecommunications regulator as it weighs new rules to ensure that all Web traffic is treated equally. The debate over net neutrality has always been controversial and complicated — for consumers, companies and courts alike. But Chairman Tom Wheeler’s new blueprint has triggered a reaction far more intense than what might typically greet the early stages of an FCC proceeding.

Microsoft Office for Android: Pushing Windows Even Further Behind in Mobile