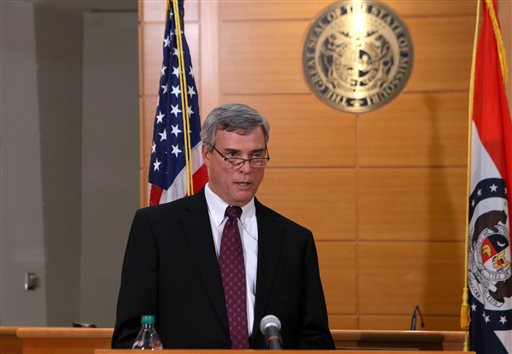 (Los Angeles Times) – In most cases, a grand jury is a supple tool in the hands of a prosecutor bent on an indictment. But the police shooting of Michael Brown in Ferguson, Mo., is no ordinary case, and some legal experts say it resulted in an extraordinary grand jury proceeding.

Over the course of three months, St. Louis County Prosecuting Atty. Robert McCulloch asked the jury of nine whites and three blacks to hear virtually every piece of evidence in the case: witnesses who both supported and contradicted police Officer Darren Wilson’s account, three autopsy reports, bloodstains and shell casings.

“Our only goal was that our investigation would be thorough and complete, to give the grand jury, the Department of Justice and ultimately the public all available evidence,” McCulloch said in announcing that the jury had found no probable cause to bring Wilson to trial on criminal charges.

The tactic was a shrewd maneuver, legal experts say, in which McCulloch both deflected responsibility for his own failure to charge Wilson and — deliberately or not — created conditions in which the grand jury would not be likely to charge him either.