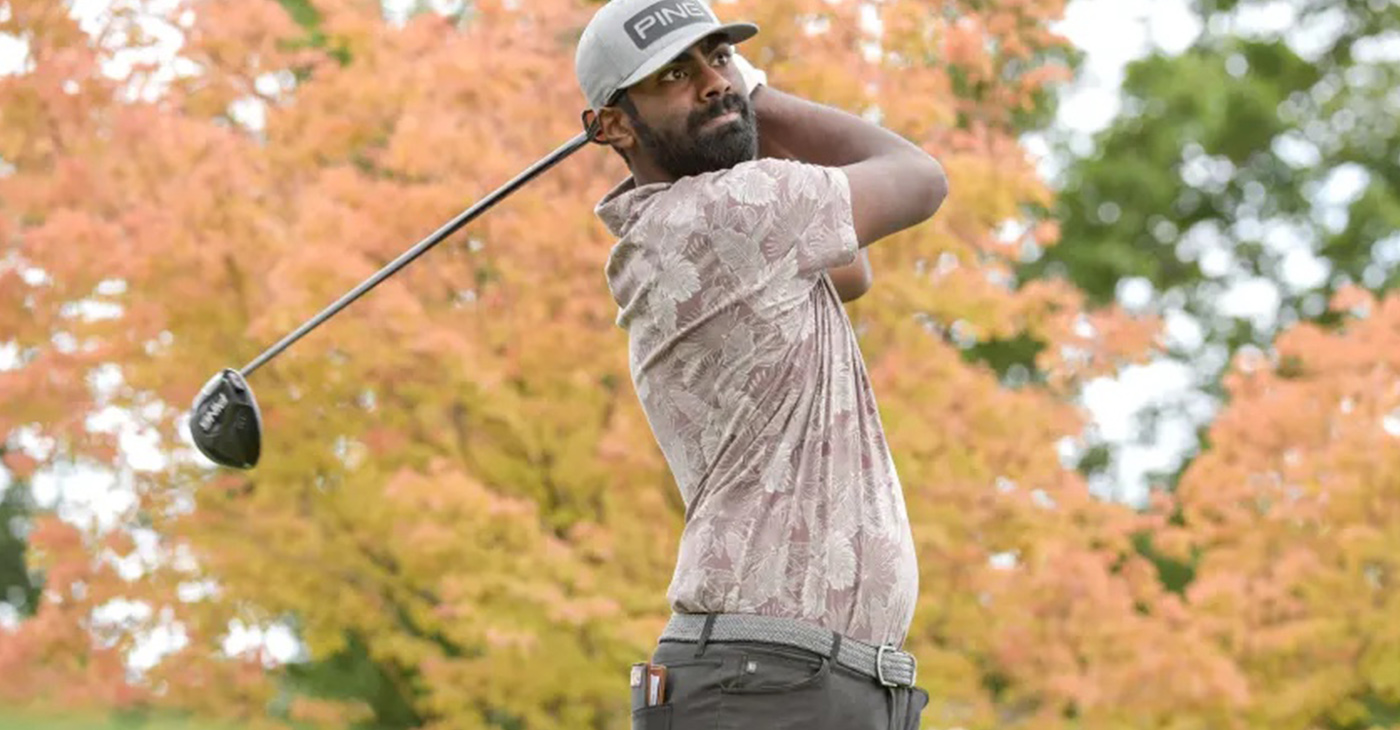 As play commenced at the Masters, Theegala was fixed at No. 52 on the FedExCup points list and with $1,147,047 in prize money, there is a positive sense that he belongs. (Photo: Stan Badz/PGA TOUR)

When invitations were sent out for the 86th annual Masters Tournament, there’s no debating that the world’s best players weren’t going to be in attendance.

But should you ask about the best storylines, the discussion could shift in another direction. For starters, a young man by the name of Sahith Theegala was not present at Augusta National and few golfers generate a smile quite like he does.

His is a career on the fast track, so you might want to sit back, soak in the smiles, and prepare to watch the fun take shape.

“I think I’ll have plenty of time to think about it,” Theegala said back in February, when a share of third place at the WM Phoenix Open pretty much guaranteed that he would secure a PGA TOUR card. “I’m definitely excited for what the rest of the year holds.”

That it didn’t include a spot into the 2022 Masters is not a massive disappointment. The strong finish at the WMPO did get him spots into some of the biggest tournaments (the Genesis Invitational, THE PLAYERS Championship, the Arnold Palmer Invitational, the Valspar Championship) and with each start, Theegala continues to further his career in a most positive fashion.

Good stuff for this son of parents, Karuna and Muralidhar, who were born in India and immigrated to the Los Angeles area to give their children a better life. The Southern California locale was ideal for Theegala’s passion for sports and when golf entered the picture, his passion had a clearer focus.

Karuna and Muralidhar insisted that education would be a huge part of it, so Sahith chose Pepperdine University, because it ticked all the boxes. It was close to his home, it would offer a great education, and it had a premier Division 1 golf program.

The bumps that came along the road – he missed a season with a wrist injury; COVID cut short his senior year in 2019-20 – were out of his control, but Theegala maintained great focus. He could have gone back for a fifth collegiate season in 2020-21, but having garnered all three of the most prestigious honors (Jack Nicklaus Award, Ben Hogan Award, Haskins Award), the young man with marvelous skills and optimum physique (6-foot-3, 200 pounds) assessed that he was ready for pro golf.

Nothing that has taken place has been anything but validation that he was right.

As play commenced at the Masters, Theegala was fixed at No. 52 on the FedExCup points list and with $1,147,047 in prize money, there is a positive sense that he belongs.

Certainly, what ensued after the WMPO was a layer of comfort that reminded him that he was not alone in this PGA TOUR quest because Theegala was surrounded by family and friends. He had led through 54 holes and still had a share of the lead standing on the 71st hole when his drive found the water.

He made bogey and eventually fell one shot out of a playoff, won by Scottie Scheffler over Brooks Koepka.

“I thought I hit a great shot on 17. It was cutting,” Theegala said. “But I just didn’t hit the shots at the right time when it counted.”

At the right time, however, he got hugs, kisses, warm embraces, and words of encouragement. “I’m going to give my family a big hug and tell them thanks and all that,” said Theegala, who knew that the roars of support from thousands of vocal fans would stay with him for a long time.

“I loved it. It was awesome. I think from here on out it makes everything else feel a little bit easier to focus and concentrate.”

Should Theegala need further comfort, it likely comes from the way pro golf has unfolded for another 24-year-old, Collin Morikawa. Already a two-time major winner, Morikawa, who is just 10 months older, grew up in Southern California and crossed paths in many tournaments with Theegala.

“It is so cool to see the journey they are on,” said Theegala, referring to Morikawa and two others who are the same age and on a similar trajectory, Viktor Hovland and Matthew Wolff. “There is no one who knows those guys who would tell you they are surprised at what they’ve already done.”

In other words, should Theegala continue the progress, pile up the top 10s, and possibly win, don’t expect him to express surprise. He’s been prepared for this for the last five or six years.

“(Morikawa and friends) have proven that the level between the top collegians and the pro game isn’t that big a gap.”

The Brain Shrinks by Five Percent Beginning at 45, Experts Say Banish the Distractions