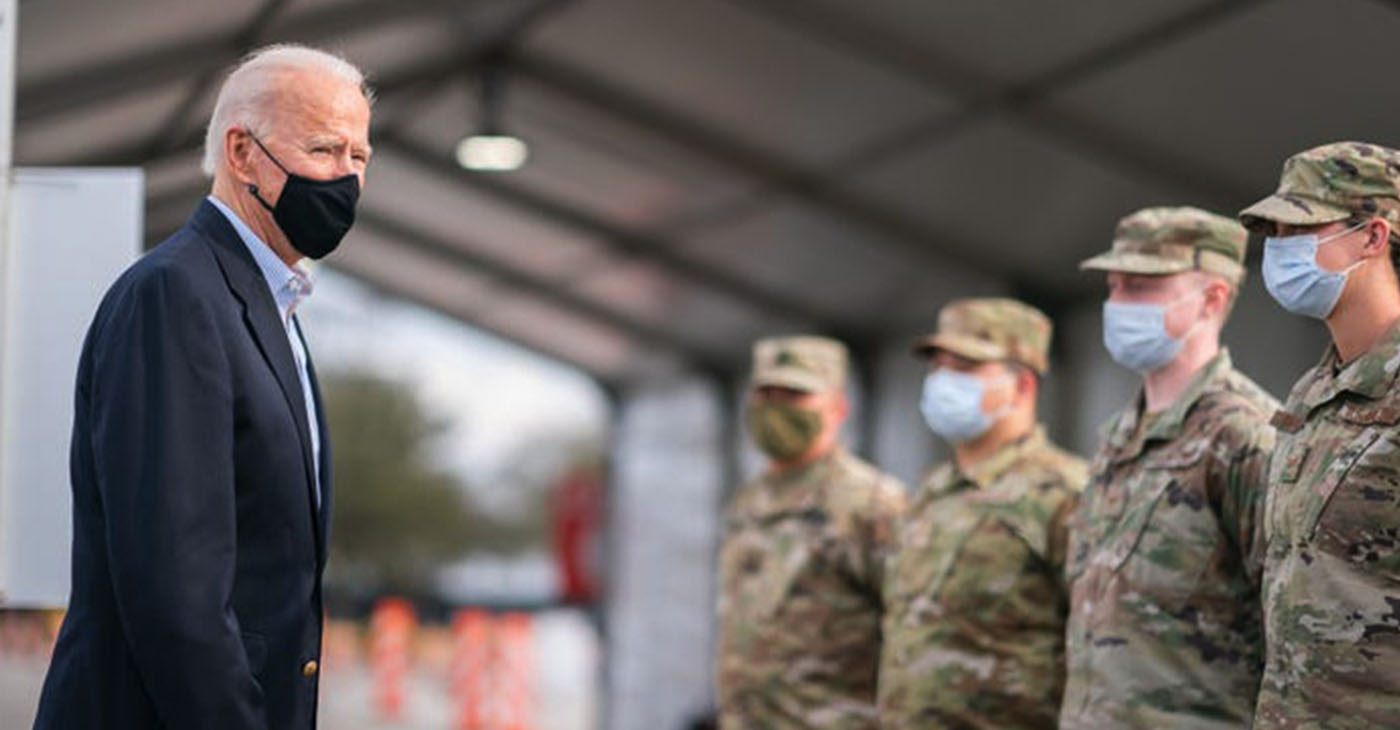 In the more than one-hour news conference, the President reiterated his desire to unite the country and hope for bipartisan cooperation. (Photo: President Joe Biden greets members of the military at a FEMA COVID-19 vaccination site Friday, Feb. 26, 2021, at NRG Stadium in Houston. White House/Adam Schultz)

Says He Will Do Everything in his Power to Stop Them

In his first news conference since taking office in January, President Joe Biden declared that American voters elected him to fix the most pressing problems facing the country.

“I got elected to solve problems, not divide,” Biden remarked to the media gathered inside the White House on Thursday, March 25.

The President homed in on several pressing topics during the news conference.

He spoke victoriously about exceeding his 100 million COVID vaccine shots in the arms of Americans in his first 100 days.

President Biden also emphasized his goal of fully reopening schools for K-8 students, immigration. He noted that the $1.9 trillion American Rescue Plan has allowed more than 100 million residents to have already received $1,400 deposits into their bank accounts.

“And millions more will be getting their money very soon.”

He also reminded the media that, in just 58 days, his administration met its goal of 100 million vaccine shots into Americans’ arms in his first 100 days.

“The goal now is to get 200 million shots in the first 100 days,” the President continued.

With Republican state legislators around the country pushing bills to suppress voter rights – particularly for those of color, President Biden would not commit to abolishing the filibuster.

However, he said he agreed with former President Barack Obama’s assessment that the filibuster is a relic of the Jim Crow era.

“What I’m worried about is how un-American this whole initiative is,” President Biden said of GOP-led initiatives around the country to suppress or revoke voting rights to many, particularly individuals of color.

“This makes Jim Crow look like Jim Eagle. This is gigantic, what they are trying to do, and it cannot be sustained. I am going to do everything in my power to keep that from becoming the law.”

He added that the GOP does not have the support of traditional Republican voters.

“I am talking about voters. And so, I am convinced that we will be able to stop this because it is the most pernicious thing.”

The President declined to offer his strategy short of pushing for the elimination of the filibuster.

He seemed flustered by one reporter’s question about whether he has decided to run for re-election and whether he believed he would have to face his predecessor, Donald Trump.

“My expectation is to run for re-election,” President Biden stated. “My predecessor,” he added with a sigh, “I don’t think about him. I don’t even know if there will be a Republican Party.”

He immediately shut down a question about whether Vice President Kamala Harris would again run with him in 2024.

“She’s doing a great job,” the President authoritatively responded. “She’s a great partner. I certainly expect her to [be on the re-election ticket].”

The President said about half of K-8 schools have reopened for full-time learning, which puts him on track to fulfill his goal of opening the majority of K-8 schools in his first 100 days.

“We’re really close, and I believe in the 35 days left to go, we’ll meet that goal as well,” President Biden said.

In the more than one-hour news conference, the President reiterated his desire to unite the country and hope for bipartisan cooperation.

However, he warned that his administration and Democrats would go it alone if necessary.

“I think my Republican colleagues are going to have to determine whether or not we want to work together or decide that the way in which they want to proceed is to just decide to divide the country,” President Biden said. “I’m not going to do that. I’m just going to move forward and take these things as they come.”