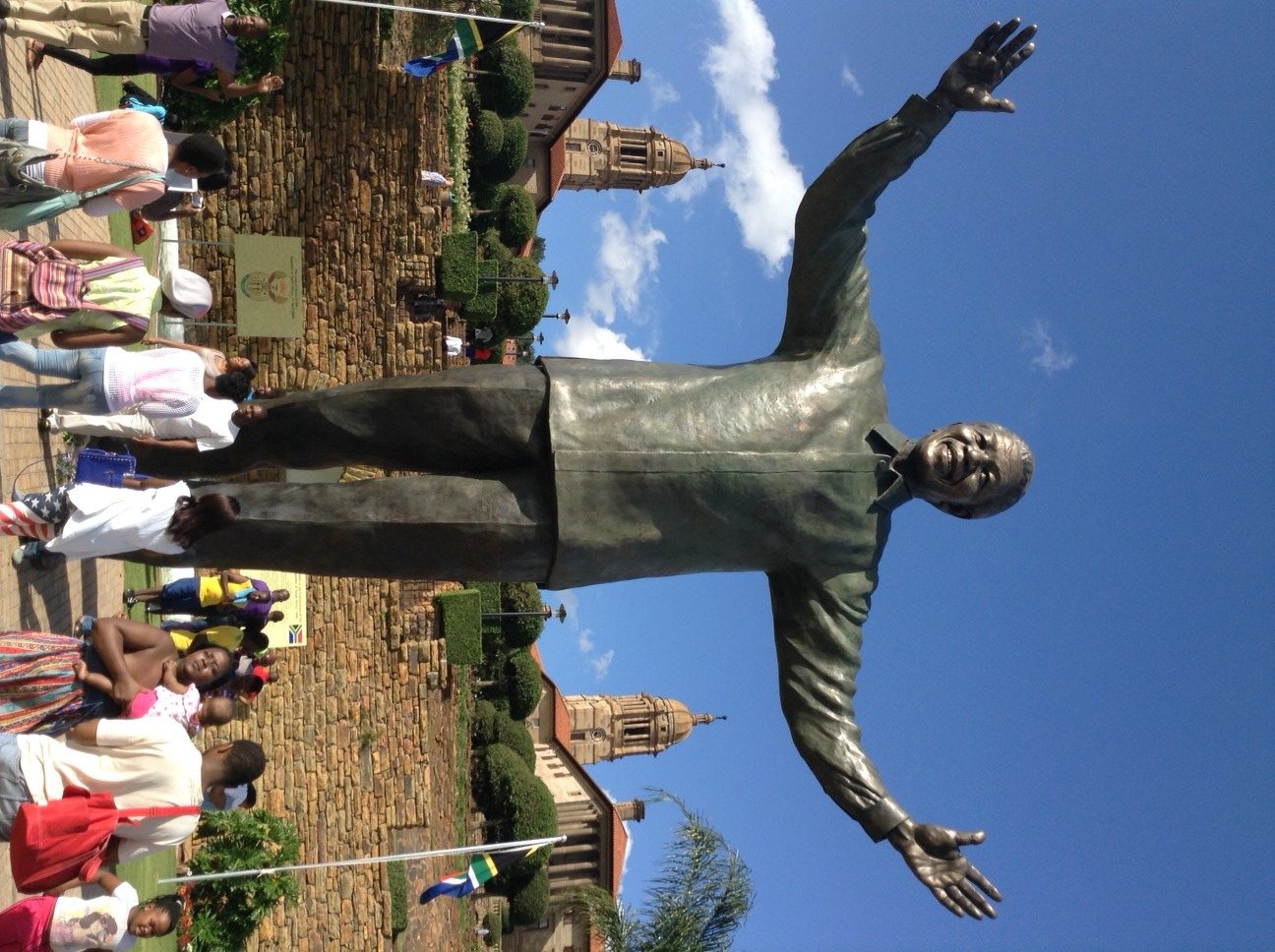 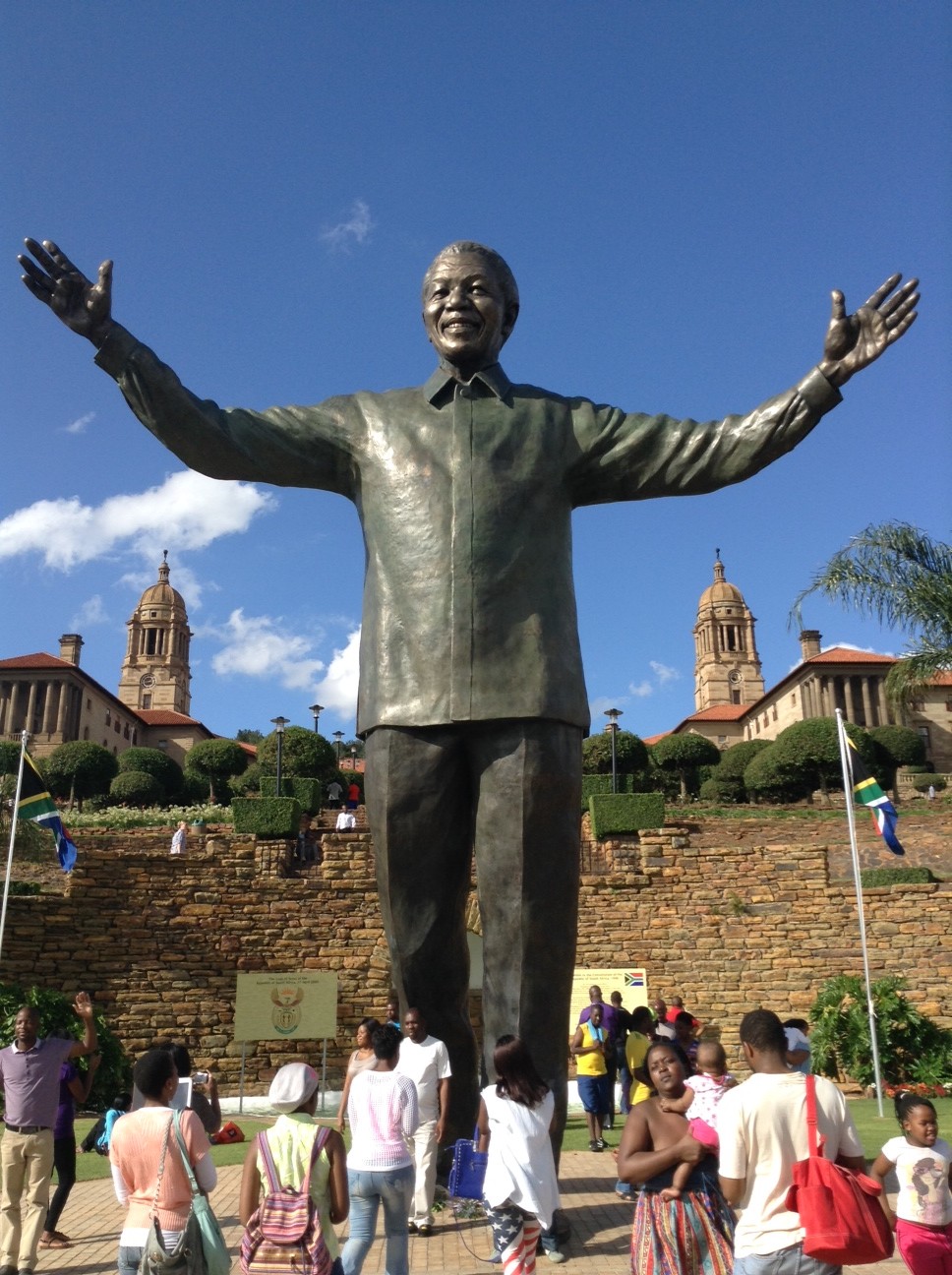 PRETORIA, South Africa (NNPA) – Nearly a month after his death, there is a bitter struggle to define – and, in many instances, re-define – the legacy of Nelson Mandela, South Africa’s first democratically elected president.

“There is an attempt to do in his death what they could not do in life – take away his story,” Jesse Jackson said in a speech at the Nelson Mandela Foundation in Johannesburg. “… He did not go to jail as some out-of-control youth who needed to be matured. He went in as a freedom fighter and came out as a freedom fighter.”

The effort to soften the image of Mandela as a freedom fighter began long before his death.

Speaking at an African National Congress (ANC) celebration a year before Mandela’s death, South African President Jacob Zuma said, “Inside our country, even those who were are who are still, fundamentally opposed to the ANC, and who fought tooth and nail to keep South Africa a racist pariah state, now claim Nelson Mandela as their own.”

In in trying reclaim Mandela as their own, many Whites are trying to sanitize him image, Jackson argues.

Part of that effort begins with attributing many of Mandela’s outstanding qualities to his 27 years in prison. For example, television commentators in the U.S. and in Africa say Mandela learned to love his enemies in jail and cite his forgiveness of his former jailers as evidence to support that assertion.

However, Mandela’s autobiography, Long Walk to Freedom, traces that lesson back to his youth.

“On this first day of classes I was clad in my new boots. I had never worn boots before of any kind, and that first day, I walked like a newly shod horse. I made a terrible racket walking up the steps and almost slipped several times. As I clomped into the classroom, my boots crashing on that shiny wooden floor, I noticed two female students in the first row were watching my lame performance with great amusement. The prettier of the two leaned over to her friend and said loud enough for all to hear: ‘The country boy is not used to wearing shoes,’ at which her friend laughed. I was blind with fury and embarrassment.

“Her name was Mathona and she was a bit of a smart aleck. That day I vowed never to talk to her. But as my mortification wore off (and I became more adept at walking with boots) I also got to know her, and she was to become my greatest friend at Clarkebury,” a Wesleyan missionary school Mandela began attending at the age of 16.

In his autobiography, Mandela gave another example of not humiliating his opponents.

“I learned my lesson one day from an unruly donkey,” he recounted. “We had been taking turns climbing up and down its back and when my chance came I jumped on and the donkey bolted into a nearby thornbush. It bent its head, trying to unseat me, which it did, but not before the thorns had pricked and scratched my face, embarrassing me in front of my friends. Like the people of the East, Africans have a highly developed sense of dignity, or what the Chinese call ‘face.’ I had lost face among my friends. Even though it was a donkey that unseated me, I learned that to humiliate another person is to make him suffer an unnecessarily cruel fate. Even as a boy, I defeated my opponents without dishonoring them.”

Many public reflections understate the depth of Mandela’s hatred of apartheid, a system where a White minority of 10 percent controlled the 90 percent Black majority.

“In their relationship with us, South African whites regard it as fair and just to pursue policies which have outraged the conscience of mankind and of honest and uprights men throughout the civilized world,” he said in his famous speech from the dock on Oct. 22, 1962, the first day of his trial. “They suppress our aspirations, bar our way to freedom and deny us opportunities to promote our moral and material progress, to secure ourselves from fear and want. All the good things of life are reserved for the white folk and we blacks are expected to be content to nourish our bodies with such pieces of food as drop from their tables of men with white skins. This is the white man’s standard of justice and fairness. Herein lies his conceptions of ethics. Whatever he himself say in his defense, the white man’s moral standards in this country must be judged by the extent to which he has condemned the vast majority of its inhabitants to serfdom and inferiority.”

In that same speech, Mandela said, “I hate the practice of race discrimination, and in my hatred I am sustained by the fact that the overwhelming majority of mankind hate it equally… Nothing that this court can do to me will change in any way that hatred in me, which can only be removed by the removal of the injustice and inhumanity which I have sought to remove from the political and social life of this country.”

There have been some efforts to depict Mandela as South Africa’s version of Martin Luther King, Jr. But unlike America’s apostle on nonviolence, Mandela was in charge of the military wing of the ANC.

“Some of the things so far told to the court are true and some are untrue. I do not, however, deny that I planned sabotage,” Mandela said in his statement from the dock. “I did not plan it in a spirit of recklessness, nor because I have any love of violence. I planned it as a result of a calm and sober assessment of the political situation that had arisen after many years of tyranny, exploitation, and oppression of my people by the whites.

“I admit immediately that I was one of the persons who helped to form Umkhonto we Sizwe [the military arm of the ANC], and that I played a prominent role in its affairs until I was arrested in August 1962.”

Mandela explained, “We felt that without violence there would be no way open to the African people to succeed in their struggle against the principle of white supremacy. All lawful modes of expressing opposition to this principle had been closed by legislation, and we were placed in a position in which we had either to accept a permanent state of inferiority, or to defy the government. We chose to defy the law. We first broke the law in a way which avoided any recourse to violence; when this form was legislated against, and then the government resorted to a show of force to crush opposition to its policies, only then did we decide to answer violence with violence.”

His widely-praised leadership skills were also honed during Mandela’s youth.

“As a leader, I have always followed the principles I first saw demonstrated by the regent [the man who took him in after his father died] at the Great Place. I have always endeavored to listen to what each and every person in a discussion had to say before venturing my own opinion. Oftentimes, my own opinion will simply represent a consensus of what I heard in the discussion. I always remember the regent’s axiom: a leader, he said, is like a shepherd. He stays behind the flock, letting the most nimble go out ahead, whereupon the others follow, not realizing that all along they are being directed from behind.”