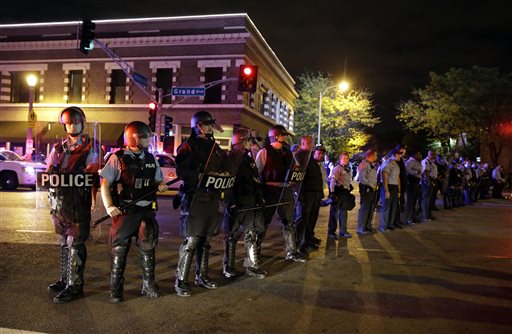 WASHINGTON (USA Today) — The number of felony suspects fatally shot by police last year — 461— was the most in two decades, according to a new FBI report.

The justifiable homicide count, contained in the FBI’s annual Uniform Crime Report, has become increasingly scrutinized in recent months as questions continue to be raised about the use of lethal force by law enforcement.

National attention has been drawn to cases from New York to Albuquerque, though much of the focus is on Ferguson, Mo., where the restive St. Louis suburb awaits the decision of a grand jury weighing the fatal shooting in August of a black teenager by a white police officer.

The death of Michael Brown prompted weeks of protests and larger questions about the operations of a largely white department working in a majority African-American community. The Justice Department is conducting a parallel inquiry into the shooting Aug. 9 and a broader review into Ferguson law enforcement operations and whether the department has engaged in a pattern or practice of discriminatory policing.

Ferguson Protest Organizers: ‘I Sleep, Eat and Breathe This’