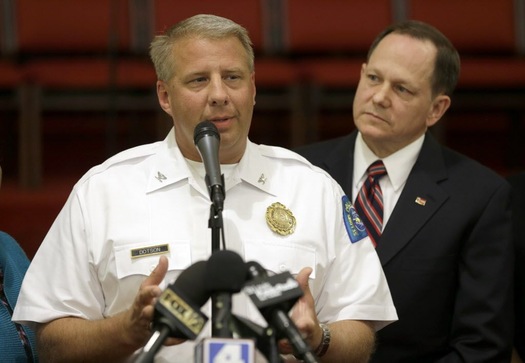 ST. LOUIS (The L.A. Times) — An 18-year-old black man died from a single gunshot wound to the back after a police raid on a St. Louis home this week, but the city’s police chief urged the public not to jump to conclusions about the way the man was killed.

Instead, he said, police must piece together the sequence of events that began when Mansur Ball-Bey saw plainclothes officers in police vests charge the backyard of a house in north St. Louis. Ball-Bey then jumped a fence and was shot and killed.

“It’s important now more than ever to have the facts,” said St. Louis Metropolitan Police Chief Sam Dotson at a news conference Friday. “One thing we need to know is what happened in that backyard.”

Officer shootings are treated as criminal investigations, Dotson said, and the preliminary autopsy report does not shift the focus of the investigation of the actions of the two police officers, both white, who fired four shots in total.