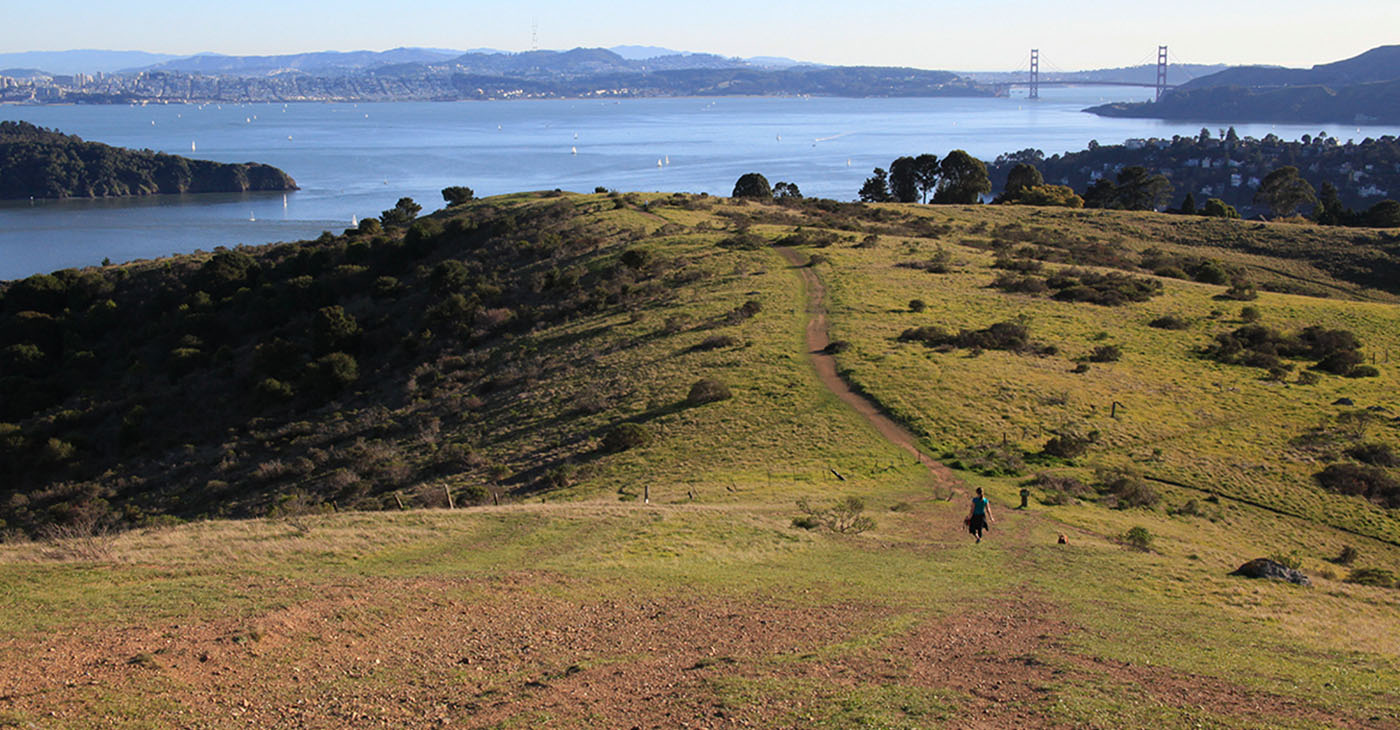 One of the most pristine pieces of undeveloped property in the San Francisco Bay Area could be preserved as open space under a proposed agreement between the County of Marin, the property ownership group, and an environmentally minded nonprofit.

The 110-acre parcel on Easton Point, often called the Martha Property because of the ownership group’s name, is near the southern tip of the Tiburon Peninsula and overlooking Tiburon, Belvedere, Sausalito, Angel Island, San Francisco, the Golden Gate Bridge, and beyond. For more than 50 years, nearby residents were uncertain whether the land would be developed for homes or left unscathed for the preservation of nature and recreational purposes. The land has been with the same family for more than 100 years.

On June 21, the Marin County Open Space District Board of Directors will discuss a proposed purchase and sale agreement for the County to acquire the Martha Property from the ownership group and partner with the Trust for Public Land (TPL) on a two-year plan to raise funds and finalize the purchase. The goal would be to transfer the property to the Open Space District and either add it to the existing adjacent Old Saint Hilary’s Open Space Preserve or create a new preserve.

Tiburon Peninsula residents have longed to protect the Martha-owned parcel, which is habitat for several species of rare native plants. Its preservation and acquisition is cited in the Open Space District’s strategic plan of 2008 and long-range plans of the nonprofit Greenbelt Alliance.

The terms of the purchase agreement include $26.1 million from the Open Space District and a term expiration date of Aug. 30, 2024. Of that price, approximately $18 million would be raised by a localized special tax known as a Mello-Roos bond measure – the same arrangement that was made to purchase the Old Saint Hilary’s site in the late 1990s. If approved by a two-thirds majority of voters in the November 2022 election, only property owners in Tiburon east of Trestle Glen Boulevard and the City of Belvedere would be subjected to the tax.

The total price of the land is $42.1 million, pending several conditions to closing stipulated by the agreement. The breakdown in funding sources would be: $18 million from the Mello-Roos bond measure; $15 million from private donations coordinated by TPL; $6 million from Measure A tax revenues; $2.1 from the Old Saint Hilary’s bond measures in 1993 and 1997.

Measure A, which is on pace to be renewed with approximately 75% support during the June 7 election, is a quarter-cent sales tax that supports parks, open space, and sustainable agriculture across Marin.

“Marin County Parks is pleased to support the long-time efforts of the community and now TPL to protect this stunning landscape,” said Parks Director Max Korten. “I look forward to the work ahead with all stakeholders and the potential of caring for this special place, for its unique natural resources and to provide outstanding recreation opportunities for all to enjoy.”

The deal would not proceed if voters reject the Mello-Roos bond measure or if TPL is unsuccessful in raising the private funds.

For more details on the proposal, see the Open Space District’s staff report and presentation to the Board of Supervisors and the TPL statement.

Fourth of July Reminder: No Fireworks in Marin, Please