Parents Who Do the Unthinkable: Kill Their Children
Advertisement 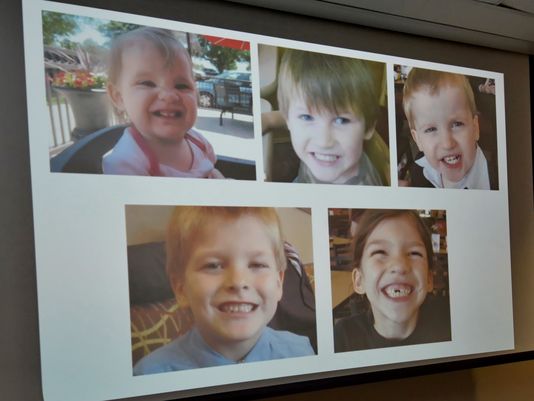 Photos of Timothy Ray Jones Jr.’s children are on display during a news conference at the Lexington County Sheriff’s Department Training Center in Lexington, S.C., Sept. 10. Jones, 32, will be charged with murder in the deaths of his five children after he led authorities to a secluded clearing in Alabama, where their bodies were found wrapped in garbage bags. (Richard Shiro/AP)

(USA Today) – In South Carolina, a 32-year-old father faces murder charges after he led police to the bodies of his five children, ages 1 to 8, who were dumped on the side of an Alabama road.

In Georgia, a 33-year-old father is charged with intentionally leaving his toddler son to die in a hot SUV, strapped in his car seat for seven hours.

In Utah, a 39-year-old mother is charged with strangling or suffocating six of her newborns from 1996 to 2006 because, police say, she was addicted to drugs and could not care for them.

Three parents accused of crimes that society considers among the most heinous. All three high-profile incidents occurred this year, raising again the terrible question: What kind of parents intentionally kills their offspring?