Oprah Winfrey Insists She is Not a 'Control Freak'
Advertisement 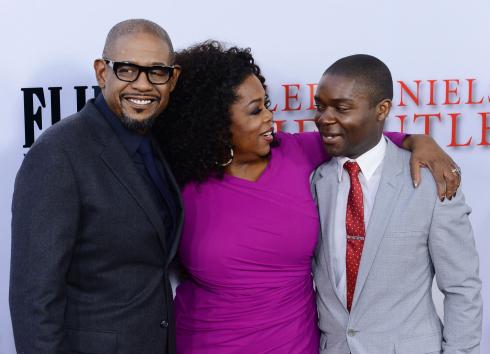 Cast members Forest Whitaker, Oprah Winfrey and David Oyelowo (L-R) attend the premiere of Lee Daniels’ motion picture biographical drama “The Butler” at Regal Cinemas at L.A. Live Stadium 14 in Los Angeles on August 12, 2013. “The Butler” tells the story of an African-American’s eyewitness accounts of notable events of the 20th century during his tenure as a White House butler. UPI/Jim Ruymen

NEW YORK, Aug. 14 (UPI) — U.S. media mogul and actress Oprah Winfrey insists she is not a control freak and was happy to take direction on the set of her new movie.

Winfrey made the statement during a recent cast press conference promoting the film “Lee Daniels’ The Butler.”

“I worked with [Daniels] on ‘Precious’ behind the scenes and I wanted the opportunity to be in his hands, really, and, contrary to what some people assume about me, I’m really not a control freak. I really like hiring people,” Winfrey recently told reporters in New York.

“As I run my businesses, I want to hire somebody who knows what they’re doing, so I don’t have to do it and then come back to me and tell me it’s done. So, that’s really how I like to operate, so the notion that I am a person who likes to control everything, I am not. But there were some things on set — because I am the oldest person on set, I think, and because I lived through the Kennedy assassination — I had some definite opinions,” explained the 59-year-old Mississippi native. “What is exciting, and why we all love [Daniels,] is he is a truth-seeker.”

Back in the Day—Today! With Danielle Spencer