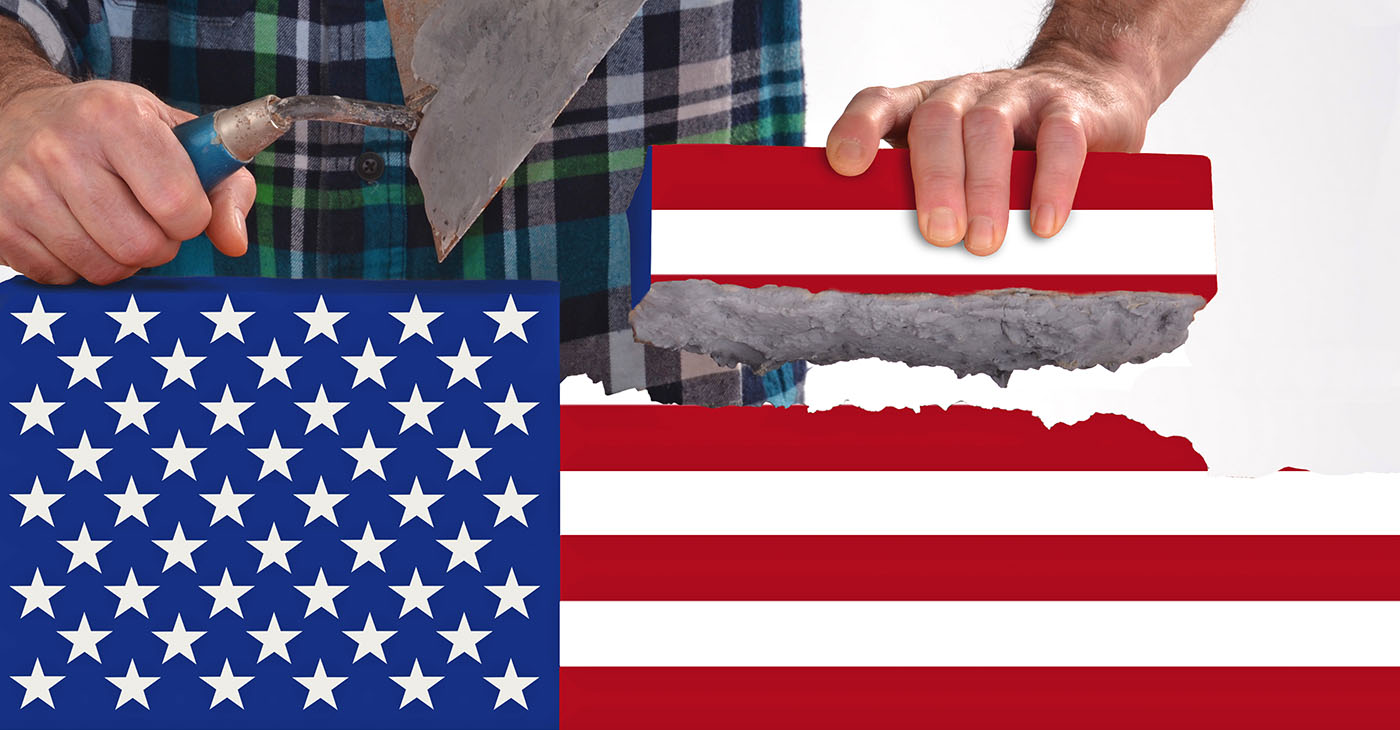 Right now, 68% of Americans approve of labor unions. That number is at a more than 50 year high.

Before I get into just what the National Labor Relations Board (NLRB) means — and has
meant — to the working men and women of this nation, I want to start by citing a couple of pieces of data because I think they tell a real story.

Right now, 68% of Americans approve of labor unions. That number is at a more than 50 year high. So, what does it mean? As a union man myself, I would say it means that America’s workers are hurting, and they know they need a voice in the workplace. And they’re right. My second piece of data: According to a recent AFL-CIO analysis, the average CEO of an S&P 500 company made 299 times what the median worker made in 2020. In other sectors — like retail where Amazon lives — this number is much higher.

But this blog is not about numbers, it’s about people. Working people. And unions, the one force that has the power to close that shameful gap in earnings. The NLRB is a key player in making it possible for workers to organize and improve their lot. So I want to talk a little bit about where we’ve been and where we are going under labor friendly President Joe Biden.

Let me start with a little background on the NLRB. The president appoints this federal board, which has done so much to shape American labor practices since its inception 85 years ago. However, the board that President Biden inherited isn’t exactly what was intended.

This story begins in the early ‘80s with President Ronald Reagan coming to presidential power and the shift from worker’s rights to corporate profits that his NLRB put into motion. I’ll spare you the decade of gory headlines and cut to the chase. A retrospective 1988 Washington Post article highlighting what the anti-labor, pro-management Ronald Reagan administration created put it perfectly, “It’s one of the great ironies of the day: The National Labor Relations Act, which is supposed to guarantee U.S. workers the right of unionization, is being used to deny them that vital right.”

Under Reagan’s two terms, the Board reversed previous NLRB policy in more than two dozen major cases, almost totally changing the direction the board had followed since its inception under President Franklin D. Roosevelt to pro-management positions.

Instead of taking up worker complaints, Reagan’s NLRB backlog of unresolved complaints against employers rose to at least three times what it was before he took office. Delays of up to two years become common. Even more stymying to the labor force, his board took just as long to act on worker petitions to hold union representation elections and to certify fair union wins.

Fast forward almost 30 years to 2017 and President Donald Trump’s first year in office where we find his labor secretary, Alexander Acosta, cheerfully announcing that Ronald Reagan, who did so very much to weaken organized labor, was voted into the Labor Hall of Fame.

There are truly no words adequate to express labor’s outrage at this. President Ronald Reagan joining the ranks of towering labor leaders like George Meany and the UAW’s own Walter Reuther! How cynical and what a harbinger of what was to come under President Trump for America’s workers.

Sadly though, he was just warming up. One could easily argue that President Trump’s NLRB went the furthest in systematically rolling back the right to form a union and engage in collective bargaining, efforts that struck a further blow to America’s wage inequality and directly harmed workers, their communities, and the economy. This board also went on to diminish worker protections under the National Labor Relations Act (NLRA/Act) with the administration’s NLRB general counsel (GC), putting into play policies that leave fewer workers protected by the NLRB while working toward changes in the law that directly roll back workers’ rights.

In short, the whole thing was a siege on the American worker.

A new dawn for labor

And then in 2020, the working men and women of this nation had enough and made their voices heard loud and clear at the polls. The 2020 election saw a record number of Americans voting. And what did they say? Enough of the corporate, anti-labor agenda.

This record turnout sent President Joe Biden to Washington and he got to work on the first day. On Inauguration Day, within a few hours of being sworn in, the new president acted boldly and decisively by firing Peter Robb, President Trump’s appointed NLRB GC. Lynn Rhinehart, a senior fellow at the Economic Policy Institute and former general counsel of the AFL-CIO, characterized Robb’s anti-union activities this way: “A report by the nonpartisan U.S. Government Accountability Office (GAO) found that Robb was dismantling the agency from the inside. He reduced staff size, destroyed employee morale, and failed to spend the money appropriated by Congress. This all occurred while Robb was pursuing an anti-worker, pro-corporate agenda.”

Biden then turned to Deputy General Counsel Alice Stock, who became Acting General Counsel with Robb’s ouster and asked her to resign as well. She also refused. Two days later, she too was shown the door.

Gutsy moves. In fact, it is the first time in more than 70 years that a president has exercised that power. Thanks to President Biden’s swift actions in January, as of August 28, Democrats are now in control of the federal labor board for the first time in four years and pursuing aggressive measures to regain for unions the ground lost during the Trump administration and even looking to go beyond the limits pushed by President Barack Obama’s NLRB.

And all indications show that Jennifer Abruzzo, the President’s new general counsel, is helping to lead the charge and losing no time. She has put together a list of Trump-era decisions for reconsideration and is pushing to get important cases before the board quickly. She also indicated that she is in favor of the PRO Act, the most sweeping piece of labor legislation in 50 years, and re-establishing the long practice of ordering companies to bargain with unions based on signed cards of support, rather than secret ballot elections. This is a game changer for union organizing and for workers who want a voice in their workplace.

We’ve already seen this new NLRB in action. During the month of August alone, the board ruled that Amazon illegally discouraged union organization in Bessemer, Alabama, which may lead to a new vote; heard a case against Google for firing multiple employees for circulating a petition calling on the company to stop doing business with ICE (Immigrations and Customs Enforcement); and filed a complaint against Home Depot for penalizing an employee for wearing a Black Lives Matter shirt. These are just a few examples of Biden’s new NLRB.

This new NLRB is an agency returning to its original purpose in a time when America’s workers need it most. Change for the rights and wellbeing of workers is on the way and I expect some of those numbers I cited at the beginning of this discussion are going to improve for my brothers and sisters.

We, as a nation and as a labor movement, are building back!

COMMENTARY: It Had Better Be a Hoax