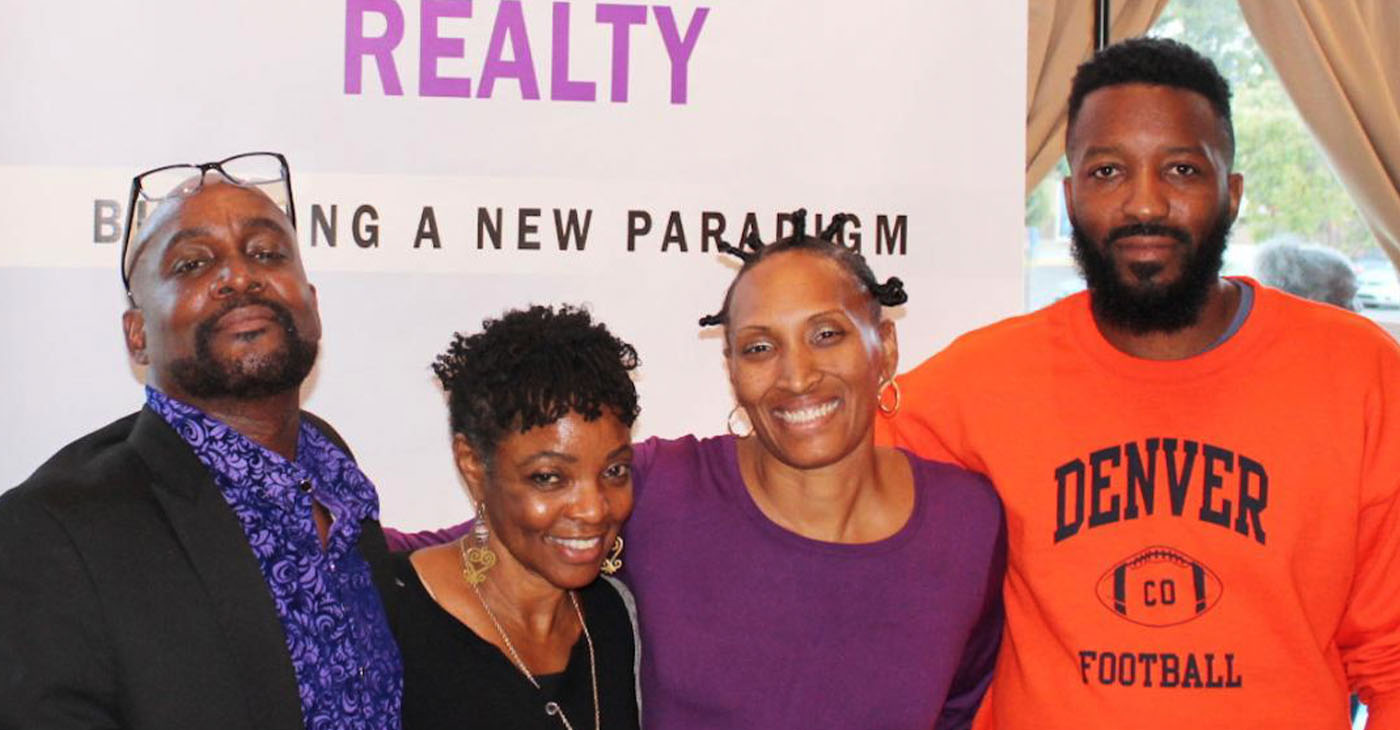 Valencia Burton Horton, a real estate agent and broker living and working in Oakland, recently gave a reading on her book “Buddha International Realty — Building a New Paradigm” at the Marin City Library.

A book-signing and reception were held for Horton at the Marin City Art Gallery. Paul Austin, who filed a lawsuit to expose racism in the real estate marketplace concerning the selling of his home in Marin City, interviewed Horton about her work.

Valencia Burton Horton was born in Oakland on May 13, 1976. She graduated from Hayward High School and went to live in Los Angeles with her husband Michael Horton and her five children. While Horton was still living in Los Angeles, she started her real estate agency, Buddha International Realty in June 2015.

When Horton decided to go back to the Bay Area, her five children were ages 17, five, three and one. They were hoping to live with her father-in-law, but he did not own the house he was living in and the owners made them get out.

The Hortons became homeless and lived, ate and slept around Oakland’s Lake Merritt in their 2004 Toyota Sienna minivan for more than a year. They would drive to a storage facility to wash in the public restroom and dress in their storage stall — even as the couple worked, and their children went to and graduated from their schools.

On page nine of her book, Horton writes that “rent in the Bay Area skyrocketed due to gentrification.” Workers in San Francisco would live in Oakland where rent was cheaper than San Francisco, and that the Tech workers from San Francisco through the Peninsula area and Silicon Valley often “would pay more than a thousand dollars a room.” There were also the “homeless tent encampments throughout the city (of Oakland) with unsanitary conditions — urine and feces reeked throughout.”

Horton was then a real estate broker but couldn’t provide a home for her own family. She kept her faith and continued to move forward with Buddha International Realty, to help people in need. She sees that real estate agents and brokers need to improve how they operate, how the injustices of what happened to Blacks in American history needs to at least be acknowledged, and how we as individuals need to take care of ourselves and our character.

Horton says she was influenced by the 2006 best-seller “The Secret” authored by Rhonda Byrne, that describes the “Universal Law of Attraction,” which says that “we shape our reality through our thoughts; therefore, whatever we think, we attract it.” But there are other qualities that Horton covers in her book that we can instill in our lives, such as Well Being, Authenticity, Integrity, Service, Community, Allowing, and Growth and Expansion. These principles will become a new paradigm for transformation, Horton said.

Thousands of California Students to Earn Cash for Community Service