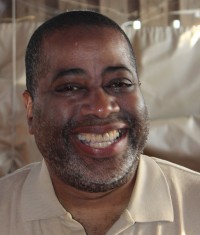 Last week, Americans commemorated the 12th anniversary of the terrorist attacks on the U.S. on 9/11/2001. During this crisis, Americans become one and put aside their differences for a season. As I reflected on that occasion, I also thought about how President Obama’s election in 2008 had the same type of unifying effect.

The U.S. was in a euphoric, self-congratulatory stupor. Americans had finally elected its first Black president. As with 9/11, the country again seemed to be one. Many thought this would be the death nail of race and racism.
With Obama’s ascendancy, America was supposed to be post-racial, meaning that people would be “judged not by the color of their skin, but rather by the content of their character.” But, I am not so sure that this is the case, especially where liberals are concerned.

Upon continued reflection and after listening to Obama’s national TV address about his Syrian policy, it dawned on me that liberals in the Democratic Party were muted on their normally philosophical opposition to war. Their silence on Obama being more hawkish on war than even former president George W. Bush was amazing. Almost as amazing as their silence.

Liberal Hollywood heavyweight, Ed Asner told the Hollywood Reporter, “Hollywood doesn’t want to appear ‘anti-black’ in opposing President Obama.” This statement was made in response to the question of why the Hollywood elites, who criticized Bush profoundly for going to war in Iraq and Afghanistan, were mum on Obama wanting to go to war in Syria.

Wait! Let’s slowly walk through that again: 53 percent of Blacks are opposed to war against Syria. Yet, by nearly the same margin – 51 percent – Blacks are receptive to Obama’s message on Syria, a rationalization for going war.
This is the strongest evidence yet that Blacks have been drinking the Obama Kool-Aid and are willing to go against their own convictions to support a warmongering Black president.

Can you imagine the Dr. Martin Luther King, Jr. doing this? As a matter of fact, he took a courageous stand against the Vietnam War and was severely criticized by his own people, including jealous civil rights leaders, for doing so. But he did not waiver in his opposition to war.

I have argued in this space before that the heart of liberalism is making people “feel good,” even if that means going against their own core beliefs. In their minds, it is better not to be deemed a “racist,” thus remaining silent on their opposition to war rather than to criticize Obama because he is proposing a policy with which they philosophically disagree.

Following this “logic,” if the U.S. goes to war against Syria, it’s OK because the intent, by Blacks and liberal Whites, was not to criticize a Black president.

This cancerous “thinking” is going to be one of the unintended consequences of Obama’s presidency. One could argue that instead of making race relations better, Obama has somehow managed to make them worse.

Somehow truth seems to be the only casualty of this war. Republicans, if they stay on issues, can legitimately criticize Obama and not be a racist. Liberals can and should be willing to criticize Obama without feeling bad or thinking that the only way to prove they are not a racist is by remaining silent.
It seems like the potential war with Syria is being overshadowed by our current war from within.

Raynard Jackson is president and CEO of Raynard Jackson & Associates, LLC., a Washington, D.C.-based public relations/government affairs firm. He can be reached through his Web site, http://www.raynardjackson.com. You can also follow him on Twitter at raynard1223.

Beyond the Rhetoric: An Inside Look at our Rotten Prison System