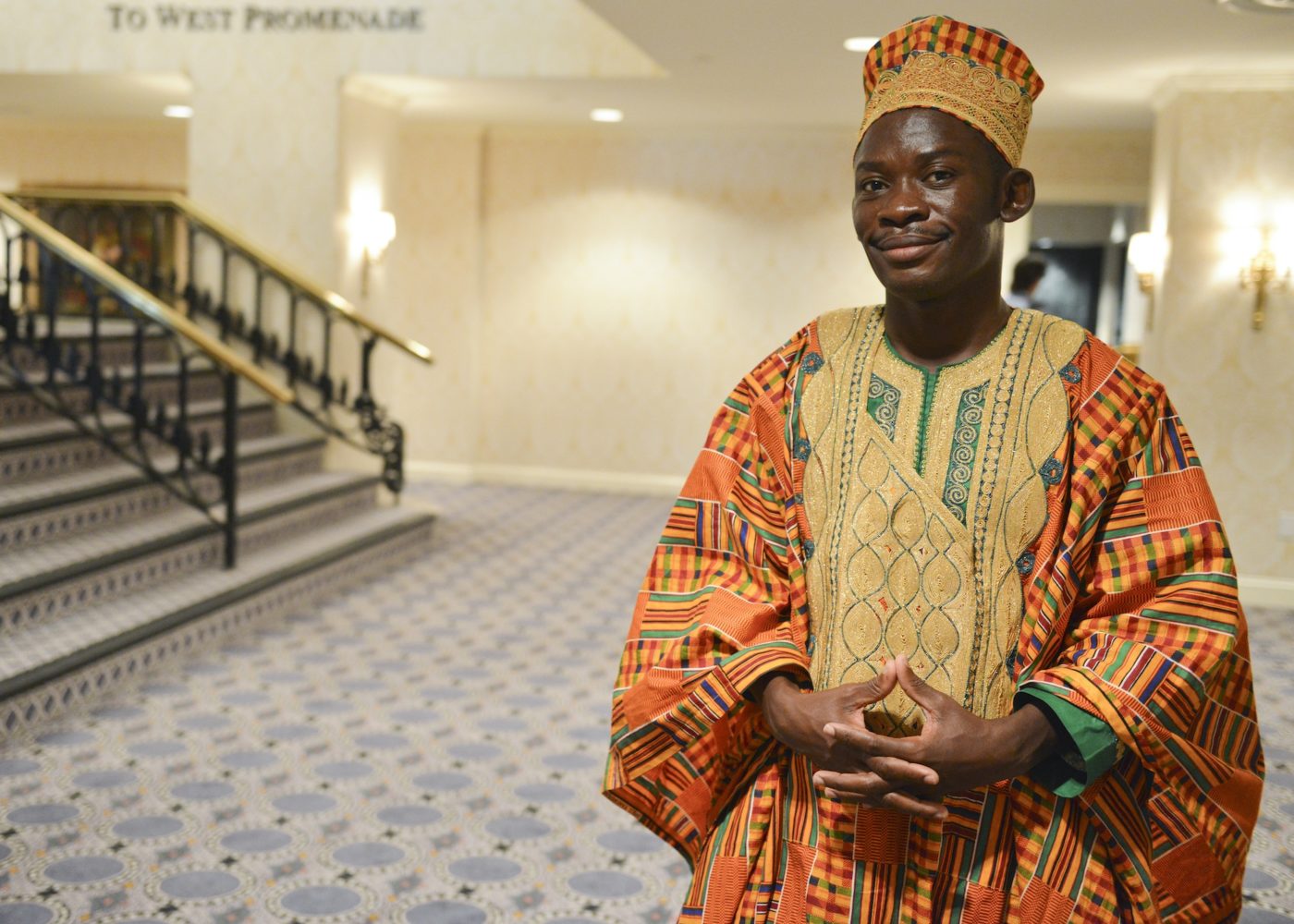 WASHINGTON (NNPA) – Abbigal Muleya, a young woman from Zimbabwe, traveled by bus for 18 hours just to apply for the Washington Fellowship for Young African Leaders, a rigorous, six-week program at some of the best universities in the United States. Muleya was one of 500 young people selected from 50,000 applicants for the fellowship that featured training in leadership, business and public management.

During a town hall with the young African leaders, Obama pledged to double the number of Washington fellows from 500 to 1,000, to provide more grants for entrepreneurship, and to develop regional leadership centers.

“I launched the Young African Leaders Initiative to make sure that we’re tapping into the incredible talent and creativity of young Africans like you,” said Obama. “Since then, we’ve partnered with thousands of young people across the continent – empowering them with the skills and the training and technology they need to start new businesses, to spark change in their communities, to promote education and health care and good governance.”

With 60 percent of Africa’s population under 35, the future success of African nations will depend on the leadership, skills, and ingenuity of this emerging generation of leaders and this public-private partnership is vital to helping better the continent for years to come, said White House officials.

Adebayo Alonge, 27, a business and entrepreneurship fellow at Yale University in New Haven, Conn., said that YALI is aimed at improving America’s relationship with Africa, a relationship that has been frayed.

“[America] lost that first position to Asia and Europe, but this is supposed to redefine that relationship in terms of leveraging all of the young leaders here to improve its influence on the continent,” said Alonge, who is from Nigeria. “At the core of it, [Obama] is looking at African youth to take responsibility for moving the continent forward. At the end of the day, it’s the young people that have to hold our governments to account.”

After taking a question from the audience on debt forgiveness in Africa, President Obama said that he challenges the notion that the primary reason that African nations have stumbled is because of heavy debt imposed by the West.

“When I was a college student, issues of dependency and terms of trade and the legacy of colonialism, those were all topics of great, fervent discussion. And there is no doubt that, dating back to the colonial era, you can trace many of the problems that have plagued the continent – whether it’s how lines were drawn without regard to natural boundaries and tribal and ethnic relationships; whether you look at all the resources that were extracted and the wealth that was extracted without any real return to the nature of trade as it developed in the ‘60s and the ‘70s, so that value was never actually produced in country, but was sent somewhere else,” said Obama. “There are all kinds of legitimate arguments you can look at in terms of history that impeded African development.”

Hilarius Abiwu, 35, a public management fellow at Morgan State University in Baltimore, Md., said that the young African leaders agreed with virtually all of the comments that President Obama made from looking for homegrown solutions to solve Africa’s problems, to addressing gender equality, and moving away from the old model of providing aid to Africa to a new model where Africa is seen as a partner in a competitive world.

“As a continent, we need to move away from the position that we are looking up to other people to come and help us solve our problems,” said Abiwu. “We need to begin to look at ourselves we need to be able to believe that we are the ones that hold the solutions to the problems that we are have on the continent and not to wait for the United States or France or the [United Kingdom] or any other super power to come and rescue us.”

Abiwu, who traveled from Ghana for the fellowship, said that a number of African countries have gone on that path and have had debt forgiven and then went on to accumulate more debt than they amassed during the height of colonialism on the continent.

“So, obviously the issue is not about debt forgiveness, it’s about good governance and putting systems in place to maximize the potential we have on the continent,” said Abiwu.

He was disappointed to learn that some young Blacks don’t even want to identify with the continent.

“There is nothing prestigious to be called ‘an African,’ as far as they are concerned,” said Abiwu.

Abiwu recommended that Africans and Black Americans that know the true history of the continent and the beautiful things that are happening in Africa to take the initiative by re-educating the Black community about the great potential that Africa has and about the rising star that Africa has become.

“We are all Black brothers, you know? We don’t want a situation where, as the United States engages and begins to create value in Africa’s economy, that most of that value does not end up with African Americans,” said Alonge. “African Americans have to engage in this process so that we see other people who look like us also benefitting from the wealth created on the continent.”

The YALI Summit preceded the U.S.-Africa Leaders Summit, the largest gathering of African heads of state and government hosted by an American president.

President Obama said that he was inspired by the young leaders and that, despite the enormous challenges facing Africa and the world today, right now is the best time to be young, regardless of status or position.

“Because for all the difficulties, the world has made progress and Africa is making progress. And it’s growing. And there are fewer conflicts and there’s less war.  And there’s more opportunity, and there’s greater democracy, and there’s greater observance of human rights,” said Obama. “But the great thing about being young is you are not bound by the past, and you can shape the future.  And if all of you work hard and work together, and remain confident in your possibilities, and aren’t deterred when you suffer a setback, but you get back up, and you dust yourself off, and you go back at it, I have no doubt that you’re going to leave behind for the next generation and the generation after that an Africa that is strong and vibrant and prosperous, and is ascendant on the world stage.”