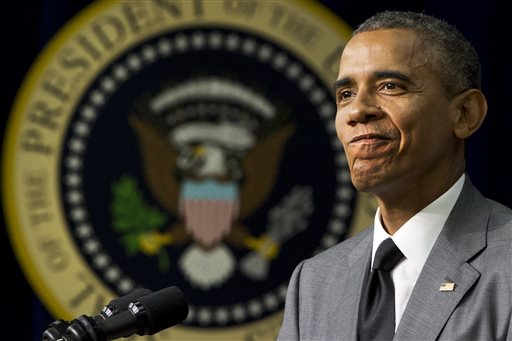 (USA Today) – President Obama reminded donors Monday night that another issue could be at stake in this year’s U.S. Senate elections: Control of the Supreme Court.

“We’re going to have Supreme Court appointments,” Obama told donors at a fundraiser in Tisbury, Mass. “And there are going to be a whole host of issues that many people here care about that are going to be determined by whether or not Democrats retain the Senate.”

(Note: The White House said Obama wasn’t referring to a specific vacancy in the near future, only the general idea that there will be openings eventually.)

A Republican-run Senate — and polls indicate that is a distinct possibility after the November elections — could well force Obama to pick a different kind of nominee to the high court, should an opening occur. It could also block a potential nominee.