Obama: If I Ran for a Third Term, I Could Win
Advertisement 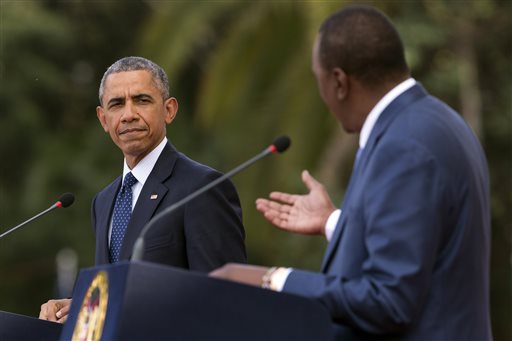 (Time) – President Obama said that if he could run for a third term he thinks he would win, while calling for African leaders to adhere to term limits during a historic speech before the African Union.

“I actually think I’m a pretty good president. I think if I ran, I could win. But I can’t,” Obama said in Ethiopia on Tuesday. ” There’s a lot that I’d like to do to keep America moving, but the law’s the law.”

President Obama addressed his third term viability while calling on African leaders to step aside when their terms end on Tuesday. During his speech, the first by an American president before the African Union, Obama said when a leader “tries to change the rules in the middle of the game” in order to stay in office it puts a nation’s stability and the future of Democratic progress across the continent at risk.