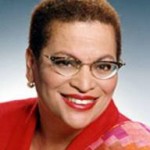 Discussions of the fiscal cliff also include discussions about ways to change Social Security and Medicare benefits in order to save money.  One of the proposals is to raise the Social Security retirement age to 70.  After all, some argue, there is nothing magic about 65 or 67, so why not push the rate up to 70?

The difference is the kind of work we do.  I can’t imagine that I will ever stop talking and writing, advanced age notwithstanding.  However, someone who is waiting tables, working in a nursing home, or doing private household work might not want, but need, to slow it down after 65, or maybe even earlier.  Some people take their Social Security earlier, although they are lower, at age 62.  Tired, and with sometimes broken bodies, they’d rather take less money than keep working.  Consider the construction worker who has not moved up into management.  Will he (or in 10 percent of cases, she) still want to wield a hammer, climb onto roofs, or do other heavy work?  Raising the Social Security retirement age hurts these people.

These folk are also hurt because their life expectancy is also lower.  People with less education have shorter life expectancies than those who are more highly educated.  African Americans have lower life expectancy rates than Whites, (although this gap is closing. Thus, people who have paid into the system, but they will get less out of when they live shorter lives.  Again, those at the bottom are disadvantaged by public policy that seems race and class neutral.

Why the gap in life expectancy?  Part has to do with higher rates of smoking among less educated (which propels obesity), and the lack of health insurance, especially among those with lower incomes and less education.  Obamacare partly solves the insurance problems, but those living in an unreal time warp seem to think Mitt Romney won the election and they are acting accordingly by attempting to repeal health care reform.

Most of us got the memo about the dangers of smoking, but women who lack a high school diploma are more likely than others to smoke. Indeed, among women the levels of smoking have risen, while smoking rates had declined among men.  Researchers who study these issues suggest that women are smoking more because of the many pressures women face, including being part of the “sandwich generation” juggling both elder care and child care.  I was talking to an elder whose smoking habit spans more than 50 years, and when we talked about the issue, she responded that she was over 70, still living, and wasn’t about to change.  We talked a bit about stress and ways that smoking is a tension-tamer for her.  I suggested she try yoga, and she just about laughed me out of the room.

The health insurance gap between those who are highly educated and less well educated is growing.  Among working age adults without a high school diploma, 43 percent have no health insurance, up from 35 percent a decade ago.  On the other hand, only 10 percent of those with a college education lacked health insurance.

While Americans do not like to talk about class, poor and working class people do less well in our society than others.  For example, attempting to eliminate funding for Planned Parenthood has a greater impact on poor women without health insurance than others whose contraceptive needs are covered by their insurance.  Yet the right wing attempts to characterize Planned Parenthood as an abortion center, not a place that offers education on contraception, breast cancer, and other health issues.

Extending the Bush tax cuts for the wealth certainly has a disproportionate impact on the poor and working class, but there are hidden attacks on the poorest in our nation.  Raising the Social Security retirement age, eliminating Planned Parenthood, and attacking Obamacare are all implicit attacks on the poor.  The class status of our federal elected officials (with median wealth of more than $750,000 excluding the value of their home, compared to just $20,000 for the average person) suggests that Congress just doesn’t get it.  But we elect these people.  What does that say about us?

Retail Employment and the Wal-Mart Effect