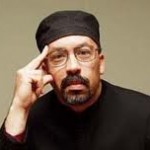 The polite side of me congratulates Tim Scott on being named Senator for the state of South Carolina.  Alright, now that we have that out of the way, let’s get down to business.

The appointment of Scott was a move that reminded me of the Republican choice to head the Republican National Committee–Michael Steele–in the aftermath of Barack Obama’s first election in 2008. The RNC seemed to want to go out of their way to demonstrate that they could put a Black person into a responsible position now that the country had elected an African American.  In the aftermath of the re-election of President Obama, and the increasing support he is receiving among people of color (as voting blocs), the Republicans seem to, once again, want to demonstrate that they are not the party of whiteness…well, sort of.

The concern for Black America on this appointment is that we fall into the trap of ignoring Scott’s politics in the name of supporting ‘another Black man.’  This is a mistake that many of us have made over the years with one of the most egregious examples being the support gained by Clarence Thomas from too many African Americans when he was appointed to the Supreme Court.  Many of us, naively, seemed to believe that Thomas would ‘do the right thing’ once he had the job security of a Supreme Court appointment.  Instead we have been treated to an adamantly conservative justice.  He has not only been of no help to Black America; he has been a hindrance.

Senator Tim Scott has not sided with the interests of Black America.  His politics are not particularly different from outgoing Senator Jim DeMint.  Scott essentially embraces the politics of the Tea Party.  He happens to have Black skin.

For understandable reasons, we of Black America are frequently willing to give another Black person who achieves high office the benefit of the doubt.  We are always concerned about double standards and the sorts of racist assaults that Black elected (and appointed) officials regularly experience.  This reality, however, cannot lead us to ignore the actual ‘content of the character’ of such individuals.  Whether the person is Tim Scott, Clarence Thomas, or for that matter, Susan Rice and Barack Obama, we need to scrutinize their politics and their policies.  This means being prepared to challenge those who, regardless of their face, smile, speeches, or place of birth, advance the interests of the 1 percent over the rest of us.

Bill Fletcher, Jr. is a Senior Scholar with the Institute for Policy Studies, the immediate past president of TransAfrica Forum, and the author of “They’re Bankrupting Us” – And Twenty Other Myths about Unions.  He can be reached at papaq54@hotmail.com.

Typical American Household has only $100 after Monthly Expenses

How Social Are You?