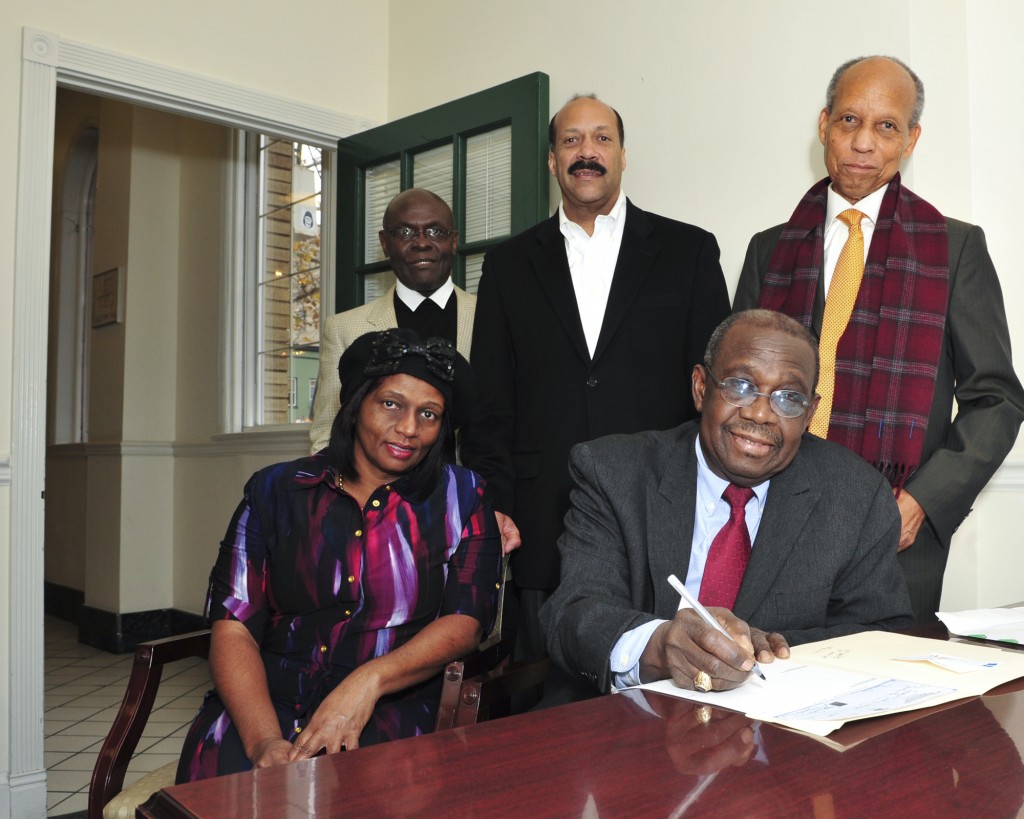 “It’s very important that a national organization have a presence in Washington, D.C.,” said  Rodney. “The house not only represents a presence, but it also represents the legacy of the Black media.”

Rodney said the plan is to make the NNPA Washington headquarters a landmark for Black media and Black history.

The NNPA Foundation purchased the property in December of 1992 for $454,000. As construction cranes and urban renewal replaced the boarded up buildings surrounding the neighborhoods, the house’s value increased.

“This is a historic moment,” said Bernie Foster, publisher of The Portland Skanner and vice chair of the foundation. “Every member should be proud of today. They have something that is tangible.”

The group plans to renovate the building in an effort to make it more accessible to the community. That could mean more trips to the bank.

“One of the main advantages that an organization or business gets from paying off their loan, besides freeing up capital for other investments and projects, is that it also frees that business to come back to financial institution for future loans,” said German Jordan, assistant vice president of Industrial Bank.

Establishing a sound relationship with a financial institution is vital to the success of any organization, said Jordan.

Industrial Bank, the oldest and largest African American owned commercial bank in the metropolitan Washington region, was founded on August 20, 1934.

“It feels liberating,” Rodney said of taking complete ownership of the property. “We’ve gone through some rough times, but today is a beginning of what is possible. It’s a nice push start for the foundation.”