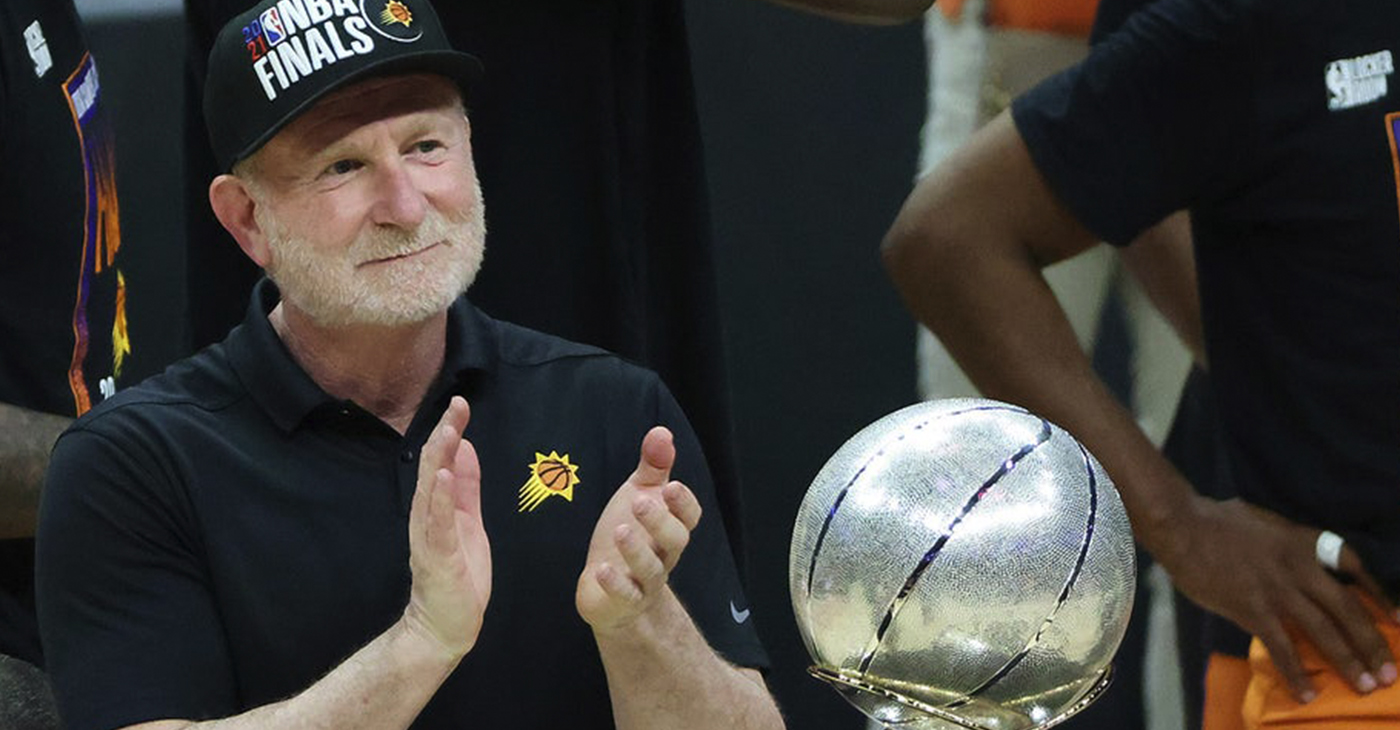 Under Robert Sarver, the NBA’s Phoenix Suns have won a Western Conference title and have advanced to the conference finals four times.

Phoenix Suns owner Robert Sarver says he never had a race conversation with his children.

It wasn’t necessary, he said.

“It wasn’t even something they thought about,” Sarver stated, adding that his three sons have a mix of friends from individuals who are white, Black, Hispanic, and of different nationalities and ethnic groups.

But things were different for Sarver when his parents raised him.

“It was natural. When I grew up, my parents did have the conversation with me. They would say ‘these words are no good,’ ‘this is how you behave,’ and ‘this is how you act,’” the Tucson, Arizona native remarked.

“My dad loved politics. Often, he was in Washington calling on senators and congress members even though they didn’t have anything in common. My dad said it’s important to spend time with people who have other positions, and maybe let them know that those positions aren’t right.”

Skeptics might argue that Sarver’s words don’t specifically address the nasty allegations leveled against him last year by an anonymous person to ESPN.

But there’s little doubt that Sarver had that unsubstantiated report in mind when speaking with Dr. Chavis, a disciple of Dr. Martin Luther King Jr., who worked with the slain civil rights champion at a young age.

“Dr. King was willing to sit down with people who had different views, and we don’t do that enough today, and I think it’s important,” Sarver determined.

“Sometimes, we spend more time looking at other people’s faults and why we don’t like them versus some of the things we like about them – even our family members.”

Sarver strikes as savvy but not cagey, intentional, and honest during his sit-down with Dr. Chavis.

He recounted how, as an 8-year-old, he attended his first Phoenix Suns game and how 35 years later, he approached then NBA Commissioner David Stern about the possibility of buying and starting a pro franchise in Las Vegas.

“He said the league was not ready to expand to Vegas, but that a team had just become available in my own backyard,” Sarver recalled.

A lifelong sports fan, Sarver credited University of Arizona basketball coach Lute Olson with referring him to NBA veteran Steve Kerr who assisted him in buying the Suns.

Sarver purchased the team for $401 million, and his ownership was immediately felt on the court as the Suns won 62 games and advanced to the Conference Finals during his first season at the helm.

Under Sarver, the Suns have won a Western Conference title and have advanced to the conference finals four times.

For Sarver, it’s been the progress the team has made in diversity, equity, and inclusion that he’s most proud.

“One of the things I’m proud about is that the Phoenix Suns have been a leader of diversity, equity, and inclusion in terms of hiring practices and things in the community, including standing for racial justice even before it was popular,” Sarver stated.

The team has hired African Americans and women in leadership positions throughout the organization, including visible roles as head coaches and general managers.

“The two main ingredients for me were my parents. I’m blessed to have had parents with high moral standards,” Sarver asserted.

“My dad was a handshake man. His word was his bond, and he wasn’t afraid to take a position on things. After my dad died, my mom was extremely philanthropic.

Sarver noted that he’s routinely displayed a willingness to offer chances to a younger generation.

However, he said pro sports teams tend to recycle coaches and general managers, which often negates opportunities for younger ones and minorities.

“For better or worse, I always felt that I could find talent in places people weren’t looking, so I didn’t have to recycle,” Sarver declared.

“I’ve looked at other areas where I could give people of color a chance.”

“A lot of young people, as they get farther and farther away from the time that [my generation] grew up, don’t know,” Sarver contemplated.

“It’s important that we know our history and learn from our history. In the Jewish community, the farther we get away from people in the Holocaust … those stories need to be told so younger generations have a greater appreciation.

“The Jewish and Black communities have always been very close; both have been underdogs, and both have fought against prejudice. So, there’s a lot of common respect and relationship there.”

Sarver called sports the great unifier that brings people together.

“We can use that platform to strive for positive change,” Sarver said.

“Society today is difficult in terms of race relations. We can use someone like Dr. King who could bring us together.”

The Sarver Foundation works toward that end, he said.

“What we’ve done is support the basic needs of disenfranchised youth as it relates to education, healthcare, and low-income housing,” Sarver continued.

“We’re trying to make a difference in our youth, and we work with medicine at the Sarver Heart Center, which has a specialized unit dedicated to heart disease in Black women and women in general.

“My dad taught me that there are three types of people: talkers, takers, and doers. He said I needed to be a doer,” Sarver said.

“We’re a melting pot, and when you’re leading an organization, you’ll see all sorts of different kinds of people,” he concluded.

“Your job is to be bring out the best in everybody to help make your organization successful. There’s a lot to be said about positivity and trying to be positive with people.

“But through social media, a number of people sometimes don’t have all of the facts and believe the cause they are supporting is noble; that the facts aren’t as important, and I think that’s a mistake. I think accuracy and having facts and respect for people’s views and being able to work with different people is a sign of a good leader.”