Nigeria May Have No Polio Cases Next Year, Says Bill Gates
Advertisement 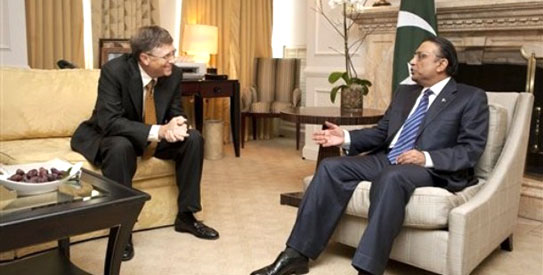 (Reuters) – Nigeria could cut the number of polio cases to zero next year and be declared free of the disease in 2018 even though a national eradication campaign has had to contend with an insurgency in the north, Bill Gates told Reuters.

The Bill and Melinda Gates Foundation supports the global initiative to wipe out polio, which includes a campaign in Nigeria, one of three nations where the crippling virus is still endemic. The other two are Pakistan and Afghanistan.

“We have got all the challenges up in northern Nigeria, the violence from Boko Haram, and the distraction of an upcoming election,” Gates said in a telephone interview, referring to an Islamist rebel group that has in the past targeted vaccination workers, and to Nigeria’s national vote next year.

“Despite all that, we’ve got by far the lowest numbers of cases ever,” he said. “We hope by the end of next year we’d be at zero.” He added that if there were no more cases for three years after that, Nigeria could be certified clear in 2018.

Gang Violence, Fears for Children Fuel Rush to US