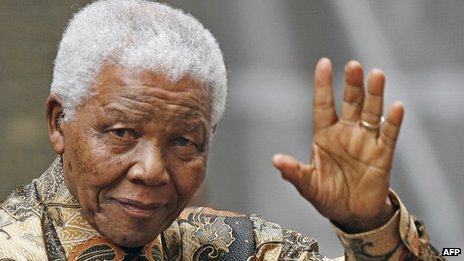 Nelson Mandela contracted tuberculosis during his 27 years in prison

Nelson Mandela’s discharge from hospital after nearly three months of treatment shows he has made “progress”, South Africa’s president has said.

Mr Mandela was admitted to a private hospital in the capital, Pretoria, in June for a recurring lung infection.

He is revered around the world for leading the fight against white minority rule in South Africa.