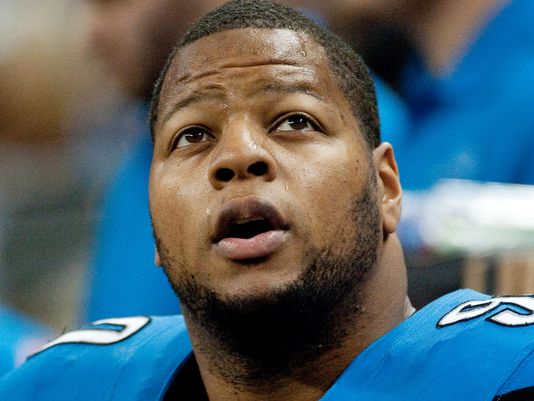 DETROIT — Ndamukong Suh was fined $100,000 today for his low block on Minnesota Vikings center John Sullivan on Sunday, but the Detroit Lions all-pro defensive tackle avoided the second suspension of his career.

The fine, the sixth of Suh’s career, is one of the largest in league history.

Suh was not available for comment in the locker room today, but teammates said he apologized for the play, which negated DeAndre Levy’s interception return for a touchdown, in a team meeting this morning.

“He just basically said that he can’t make those type of mistakes and he can’t put us in the position where we’ve got to battle back from mistakes like that,” receiver Nate Burleson said. “And he also said with him having a target and people looking for him, they’re looking at us in the same light. So as a team we’ve got to understand that the microscope is on us.”