Murders, Shootings on the Rise in Chicago
Advertisement 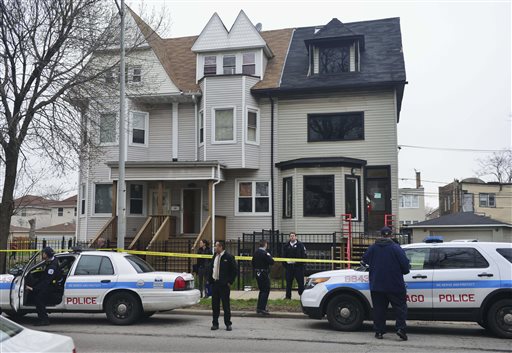 In this Monday, April 28, 2014 photo, police stand outside a residence in Chicago after 14-year-old girl was fatally shot and another girl wounded in the Back of the Yards neighborhood in Chicago. (AP Photo/Sun-Times Media, Richard A. Chapman)

CHICAGO (USA Today) — After recording the fewest number of murders in decades last year, violence is soaring: a 40% increase in shootings and 29% more homicides in the first three months of the year.

The city has recorded 355 shootings this year as of Monday compared with 253 shootings for the first quarter of 2014, according to crime statistics released by the Chicago Police Department on Wednesday.

Eighty murders were recorded in the first quarter of 2015. There were 62 in the same period last year.

Police Superintendent Garry McCarthy said the city has made significant progress in reducing overall crime in the past few years, but his department is challenged by gun laws that he said make it too easy for dangerous criminals to get access to illegal weapons.