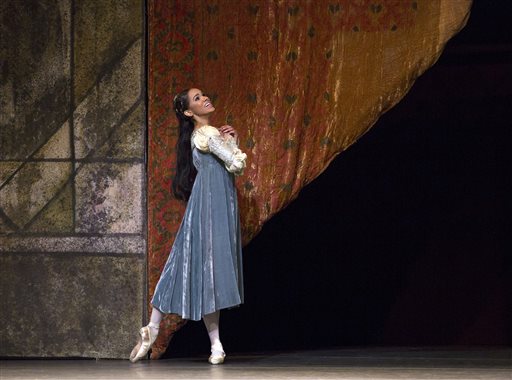 (New York Times) – Misty Copeland was fast becoming the most famous ballerina in the United States — making the cover of Time magazine, being profiled by “60 Minutes,” growing into a social media sensation and dancing ballet’s biggest roles on some of its grandest stages. But another role eluded her: She was still not a principal dancer.

Until Tuesday, when Ms. Copeland became the first African-American woman to be named a principal in the 75-year history of American Ballet Theater.

Even as her promotion was celebrated by her many fans, it raised all-too-familiar questions about why African-American dancers, particularly women, remain so underrepresented at top ballet companies in the 21st century, despite the work of pioneering black dancers who broke racial barriers in the past. And it showed how media and communications have changed in dance, with Ms. Copeland deftly using modern tools — an online ad she made for Under Armour has been viewed more than 8 million times — to spread her fame far beyond traditional dance circles, drawing new audiences to ballet.