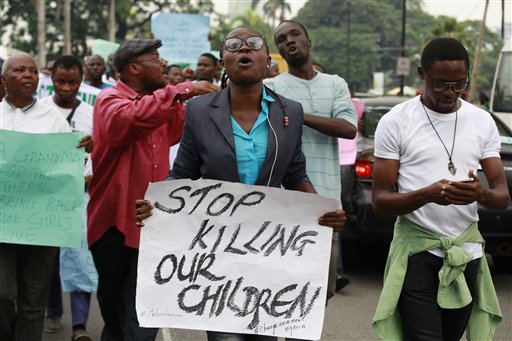 (Bloomberg) – Four armed men ransacked Antony Akatakpo’s home in front of his wife and two children in the Nigerian city of Port Harcourt, shot him in the leg and bundled him into the trunk of his Mitsubishi Endeavor.

Akatakpo, the 34-year-old breakfast show presenter at Wazobia FM who’s known as Diplomatic Akas Baba, was driven to a forest hideout and held blindfolded for a week, fed on plain bread and threatened with death unless his family paid a 10 million naira ($61,289) ransom. He said he was dumped on a city highway on March 20 after the gunmen received less than half the sum they demanded.

“I was praying and calling on God to help me, rescue me,” he said by phone from Port Harcourt, the hub of Africa’s biggest oil industry in southeastern Nigeria. “They wanted to collect their own share of the money I was making for my family.”

Nigeria has become Africa’s kidnapping capital. It ranked third globally last year after Mexico and India, according to London-based consultancy Control Risks Group. While seizures for cash like that of Akatakpo are a daily occurrence in Africa’s most populous nation, the abduction of more than 200 schoolgirls by Islamist militants in the northeastern village of Chibok focused international attention on the issue.