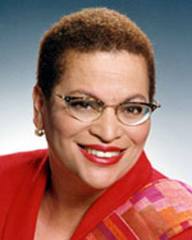 The 17-person race for the Republican nomination for president closely resembles a clown show, starring Donald Trump. The unfortunate contrast to Trump has been the tepid rhetoric of Jeb Bush, and the usual antics of New Jersey Gov. Chris Christie.

Surgeon Ben Carson offered some diversity in the “big debate” a few weeks ago, and former Hewlett Packard CEO Carly Fiorina amplified her profile and earned kudos for her performance at a debate the “lesser” candidates ha. After the debate, each of the candidates has had plenty to say, and maybe some of them might have been better off had they said less.

Former Arkansas Gov. Mike Huckabee, for example, said that Dr. Martin Luther King Jr. would be “appalled” at the Black Lives Matter Movement, saying it was wrong to “elevate” some lives above others. The poor, misguided man doesn’t get it, nor does he appear to have read much more of Dr. King’s work than the “I Have a Dream” speech. King dealt with race matters directly. His 1967 presidential address to the Southern Christian Leadership Conference explicitly deals with racial difference asking, “Where do we go from here?” (The same title as one of his books)

Said King, “When the Constitution was written, a strange formula to determine taxes and representation declared that the Negro was sixty percent of a person. Today another curious formula seems to declare that he is fifty percent of a person. Of the good things in life, the Negro has approximately one half those of whites. Of the bad things of life, he has twice those of whites. Thus half of all Negroes live in substandard housing. And Negroes have half the income of whites. When we view the negative experiences of life, the Negro has a double share. There are twice as many unemployed. The rate of infant mortality among Negroes is double that of whites and there are twice as many Negroes dying in Vietnam as whites in proportion to their size in the population.”

Little has changed in the 48 years since King addressed his colleagues at SCLC.

Dr. King’s words seem to support the Black Lives Matter Movement. “Where do we go from here? First, we must massively assert our dignity and worth. We must stand up amidst a system that still oppresses us and develop an unassailable and majestic sense of values. We must no longer be ashamed of being black. The job of arousing manhood within a people that have been taught for so many centuries that they are nobody is not easy.”

Here is the Dr. King Mike Huckabee and the others who reject the Black Lives Matter Movement, but quote Dr. King need to absorb his 1967 statement, “The tendency to ignore the Negro’s contribution to American life and to strip him of his personhood is as old as the earliest history books and as contemporary as the morning’s newspaper. To upset this cultural homicide, the Negro must rise up with an affirmation of his own Olympian manhood.”

Too many have tried to make Dr. King nonracial, stuck on only parts of the “I Have A Dream” speech. They don’t even bother to read that speech in its entirety, ignoring King’s discussion of economic inequality. Those whose very deficient knowledge of King’s work fail to understand that the “dream” spoke to a future vision, not a contemporary reality.

People like Huckabee would distort Dr. King’s words to serve their own purposes. It’s clear that Huckabee and others don’t understand the Black Lives Matter Movement, or simply oppose it. Those who are open to learning, like Hilary Clinton and Bernie Sanders, have met with leaders of the Black Lives Matter Movement and have expanded their knowledge base. Others, like Huckabee, prefer to ignore the reality of police violence.

As long as there is inequality, the Black Lives Matter Movement makes a difference. If you don’t understand the reality of inequality in our nation, you have no business running for president of the United States. My advice to Gov. Huckabee – see if you can get your television show back. Your distortion of the King legacy won’t win you votes in some communities.

Julianne Malveaux is an author and economist based in Washington, D.C. She can be reached at http://www.juliannemalveaux.com.

Blackonomics: Are You Having Fun with Today’s Politics?