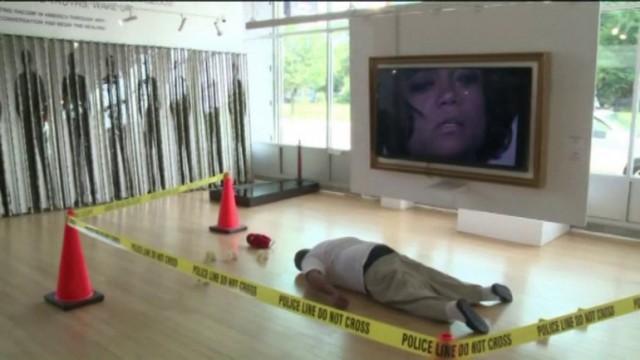 ST. LOUIS (KTVI) – It’s labeled as a work of art; an exhibit in Chicago featuring a life size portrayal of Michael Brown after he was killed last year in Ferguson. FOX2’s April Simpson sat down with Michael Brown Senior in an exclusive interview you will only be on FOX2.

The new art exhibit now on display at an art gallery in Chicago is disgusting to Michael Brown Sr.

Among the works is a life sized mannequin of Michael Brown Jr. laying face down after being shot and killed by then Ferguson police officer Darren Wilson.

Child Poverty Down for Whites, Asians, Hispanics, But Steady for Blacks