Mandela's Widow, Graça Machel, Speaks of Her Loss for the First Time
Advertisement 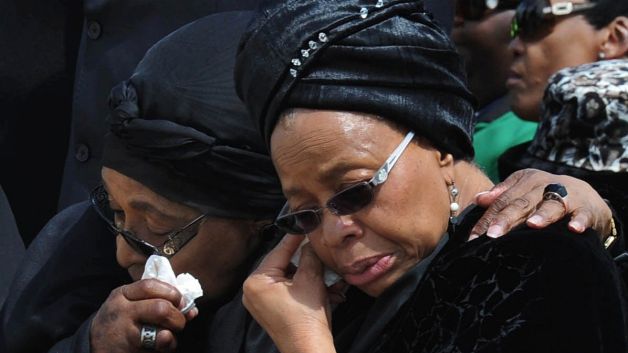 JOHANNESBURG (The Guardian)—As Nelson Mandela‘s coffin was slowly lowered into the ground in the hills close to where he grew up, his widow, Graça Machel, crumpled with grief. There would, as is customary, be six more months of mourning. But on Friday, Machel broke her silence to describe the pain of losing her “soul mate” and “best friend.”

In her first interview since Mandela’s death last December at the age of 95, Machel spoke of his “peaceful” last moments and expressed gratitude to the world for its outpouring of support. She also revealed how in recent years she censored his TV and newspaper reading to protect South Africa‘s first black president from bad news that could have led to disillusionment with the direction of his beloved African National Congress (ANC).

“If you can imagine how millions of people felt this sense of loss, then you can imagine what it means for me,” Machel, 68, told the Guardian. “That huge presence, filling every detail of my life, every detail of my life full of him. And now, it’s pain, it’s emptiness and it’s actually searching now – at a certain point you even search yourself, who I am now after this experience. It’s like something has changed inside you as well. Of course, you don’t go through this kind of experience and you remain exactly the same.

In Socialist Venezuela, a Threat from the Left