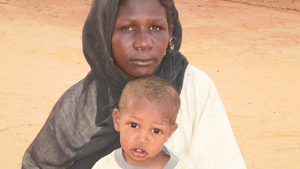 TOYA, Mali — The insurgents who have fled from invading French troops in Mali have been taking with them some of their most important possessions — slaves.

The Tuareg tribes that overran Mali’s military with the help of Arab extremist groups aligned with al-Qaeda have long held slaves and many of the captives are from families that have been enslaved for generations.

“It’s no way to live, without your freedom,” said Mohammed Yattara, a former slave who ran away from his Tuareg masters years ago.

“You depend on them for everything. If they tell you to do something, you have to do it, or they will beat you,” he said as he sat with the chief of the village of Toya and among men and women who were descendants of slaves or former slaves.