Lupita Nyong'o to Produce and Star in Adaptation of 'Americanah'
Advertisement 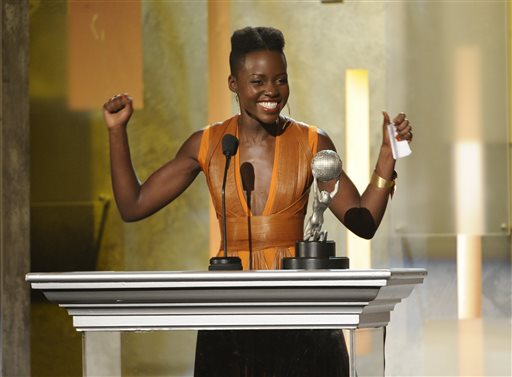 Lupita Nyong’o accepts the award for outstanding supporting actress in a motion picture for “12 Years a Slave” at the 45th NAACP Image Awards. (Photo by Chris Pizzello/Invision/AP)

(Entertainment Weekly)—Three days after joining the cast of the highly anticipated Star Wars sequel, Oscar-winner Lupita Nyong’o has found her next project. The Yale grad will produce and star in an adaptation of Chimamanda Ngozi Adichie’s novel Americanah, the winner of the 2013 National Book Critics Circle Award for Fiction.

The epic love story follows two young Nigerians, Ifemelu and Obinze, as their romance grows across continents and the highs and lows of the modern immigrant experience while still being able to find your way home. Nyong’o will produce alongside D2 Productions, Brad Pitt’s producing company Plan B, and Potboiler Productions.