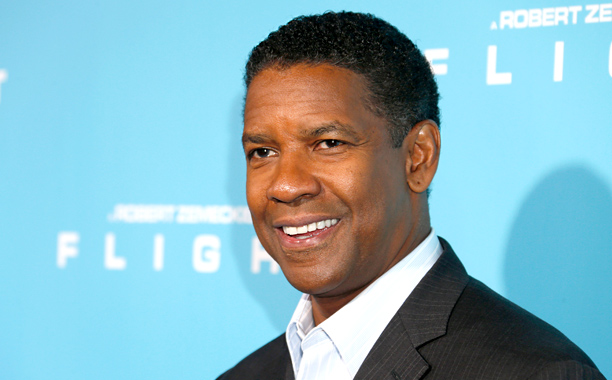 (Entertainment Weekly)— Denzel Washington, about to end a run on Broadway in A Raisin in the Sun, is in talks to star in a remake of the 1960 western The Magnificent Seven for MGM. Washington would once again work with Antoine Fuqua, who directed his Oscar-winning performance in Training Day and the upcoming film The Equalizer. Tom Cruise and Brad Pitt had previously been eyed for the project with drafts of the script written by Nic Pizzolatto (True Detective) and most recently John Lee Hancock (The Blind Side). [The Hollywood Reporter]

• Judi Dench (Philomena) will play The Abbess of St. Ursula’s, a rescuer of orphan children, in Tulip Fever. Directed by Justin Chadwick (Mandela:Long Walk to Freedom), the period piece will also star Matthew Morrison (Glee), Cara Delevinge (Anna Karenina), and Prince Harry’s ex-girlfriend Cressida Bonas. Based on the Deborah Moggach novel of the same name about a married woman who falls in love with the man hired to paint her portrait, Tom Stoppard (Shakespeare in Love) wrote the script for the all-star cast that already includes Alicia Vikander (The Fifth Estate), Dane DeHaan (The Amazing Spider-Man 2), Jack O’Connell (300: Rise of an Empire), Holliday Grainger (Bonnie and Clyde), Christoph Waltz (Django Unchained), and Zach Galifianakis (The Hangover). [THR]

Michael Jace Admitted to Father-in-Law that He Shot Wife

Lupita Nyong’o to Produce and Star in Adaptation of ‘Americanah’