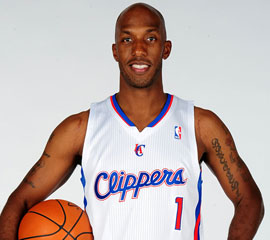 The Los Angeles Clippers are passing on Ray Allen but will still bolster their backcourt by re-signing Chauncey Billups and adding Jamal Crawford.

Billups, who played 20 games with the Clippers last season before injuring his Achilles’ heel, will get a one-year deal, sources told ESPN The Magazine’s Chris Broussard. The Los Angeles Times, which first reported the moves, reported the contract is worth up to $4.3 million.

Crawford, who opted out of the last year of his deal with the Trail Blazers, will receive a multiyear contract.

To read the entire article, go to ESPN.com.