Locked Out: Millions of Voters Are Disenfranchised Ahead of Midterm Elections 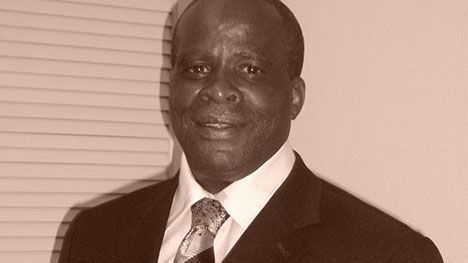 At a park brimming with people, a white man in his 50’s carrying an assault rifle tight to his arm promptly walked off, past an adult basketball court and nearby adult softball game after killing 57-year-old Frederick Taft.

No one seems to have seen the killer’s face, and as of yet, no composite drawing is available.

Over the weekend, about 60 friends of the Taft family rallied and canvassed the area, handing out flyers, and  seeking  #JusticeForFredrickTaft.

Dawn Modkins was among them.

On her Facebook  page, she described the importance of collective organizing and community engagement.  The group covered from Bellflower Blvd. to Lakewood and between Carson Street and Del Amo, asking residents if they had heard of the murder. Some had, but she wrote that others didn’t know the killer was a white man.

Modkins wrote that some white residents left their “comfy” homes on a hot day to participate in flyer distribution.

“Many were appalled that it took city of Long Beach and LBPD 27 days before directly informing community of a killer on the loose or knocking on doors themselves. They felt they had only done so because they knew WE were already planning to do so!” Modkins wrote.

Michael Brown, a founding member of Black Lives Matter in Long Beach, is concerned that the department has dragged its feet for weeks.

There is no mention of possible video footage, even though the killer was within walking distance of several populated areas. There are reports that he jumped into a white Prius shouting the penal code for murder, ‘haha 187,’ and drove off.

A nearby park bench was scrawled with racial slurs, which at this point is all the information available of the cold-blooded shooting of Taft, a Black man, killed in the Pan American Park restroom on July 21 at about 4:30 p.m.

Only recently — nearly three weeks after his murder — the police department issued a public call for help, but are still not classifying the murder as a hate crime.

No update is available and the investigation is still ongoing. Taft, described by family and friends as a gentle family man and a hard worker, was killed at the annual family park reunion, the place where it’s been held for the past two decades.

Brown attended the forum where the family talked about how police only briefly interviewed the primary witness, the aunt who saw the killer leave the bathroom the day of the shooting. Police had contacted Taft’s daughter only once the day before the community forum.

The meeting was packed with mostly older white residents from the Lakewood Neighborhood Association, an upper middle-class area. The local church had opened its doors for a community venue.

Brown talked to some of the softball players who were on the scene at the time, who said police did not interview them, despite reports that a man had been harassing them earlier with racial slurs. With so many people at the park that day, and in a city with surveillance cameras on every street, Brown said it’s hard to imagine there is no footage or composite drawing available.

He feels the killing should be labeled a hate crime, and the department needs to move with a sense of urgency.

If a Black man killed a white man, he feels the area would have been on lockdown, and it wouldn’t have taken five minutes for the police to arrive at the scene.

“Every Black person at the park would have been on the ground, pulled out of cars. It wouldn’t have been so lax. They didn’t cordon off the area, the man was killed in the middle of the day,” he said.

Other than talk, he said the community forum offered no insight or information.

If the situation was reversed, he said they would have had a whole dragnet out.

“This is what Black Lives Matter has been talking about since it started, after Trayvon Martin and Ferguson. The system is showing you that Black lives really don’t matter to Long Beach.”

In June, the NAACP national headquarters released its response to a Center for the Study of Hate and Extremism report that shows a rise in hate crime in ten largest cities, with the highest racially motivated impact to Blacks, Jews, gays, and Latinos.

“From campaign to election, this president has spewed the language of division and hate and it has manifested in not only racist policies but in racists acts against people of color and other groups,” said NAACP President and CEO Derrick Johnson.

This story originally appeared in the Precinct Reporter Group News.

Women of Color Plan Demonstration in DC Against Brett Kavanaugh