Lesson 6: The Pillar Of Courage
Advertisement 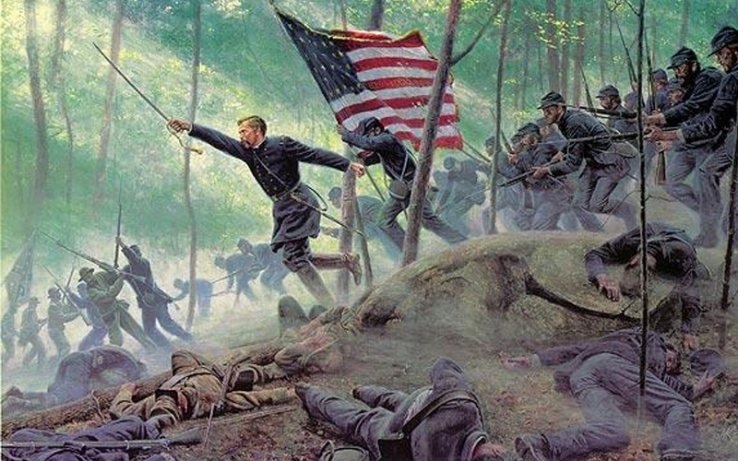 by Rev. Manson B. Johnson
Special to the NNPA from the Houston Forward-Times

THE BIG IDEA:  Things that last in life are built from the inside out.

Bible Fact: Men & boys that make the Word of God their tool box for building their personal lives will please God and have great success.

As a tool box man or boy’s character is being built God is at work inside of them to do four (4) valuable things: It is up to each individual man and boy to do at least four (4) things to help the greatness and completeness of their potential to come out:

(1)   He must cultivate the small potentials;

(2)   He must culturalize the development process;

(4)   He must communicate often with the creator of his true potential for the rest of their life.

On July 2, 1863, Colonel Strong Vincent looked to Joshua Chamberlain and the 20th Maine regiment to defend Little Round Top “at every hazard”.  It was vital for the Union army to not lose this hilltop position to prevent the Confederates from breaking through their lines. At Gettysburg, the 20th Maine and other Union troops took both Little Round Top and Big Round Top. They have become immortalized through the accounts of Joshua Chamberlain’s report, the Union regiments initially opened fire at close range and pushed the Confederates into taking shelter. Soon after, a final assault by the Confederate forces came. All seemed lost for the 20th regiment on Little Round Top as their ammunition depleted, until a rash call by Chamberlain for the bayonet and hand-to-hand combat took the Confederates by surprise.  Out of ammunition Chamberlain gave the charge to his men and they all ran towards the enemy with nothing but bayonets on their rifles and courage in their hearts. Chamberlain and his men used the only thing they had left, courage. Chamberlain claimed, “the effect was surprising; many of the enemy’s first line threw down their arms and surrendered.”— “American Civil War Era,”Furman University

LESSON #6: THE PILLAR OF COURAGE

Defined: What is it?

COURAGE: The mental, moral and spiritual ability to face up to change and challenge in spite of pain or fear. It is knowing the right thing to do at the time and doing it.

Demonstrated: What will it do or how is it applied in life?

Reward: How does it benefit?

The Religion Corner: Making It Against All Odds