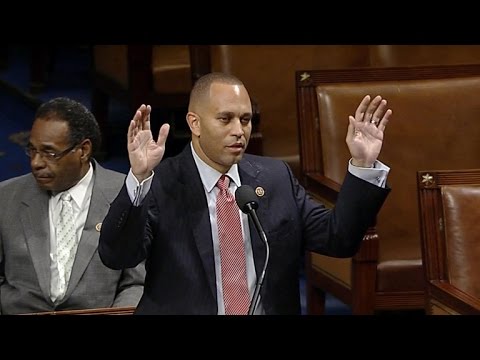 (Politico) – Several lawmakers took to the House floor Monday evening to make the “Hands up, don’t shoot,” gesture to protest the police shooting of the unarmed Ferguson teen, Michael Brown.

Jeffries added that people are fed up with injustice, a broken criminal justice system and “continuing to see young, unarmed African-American men killed as a result of a gunshot fired by a law enforcement officer.”