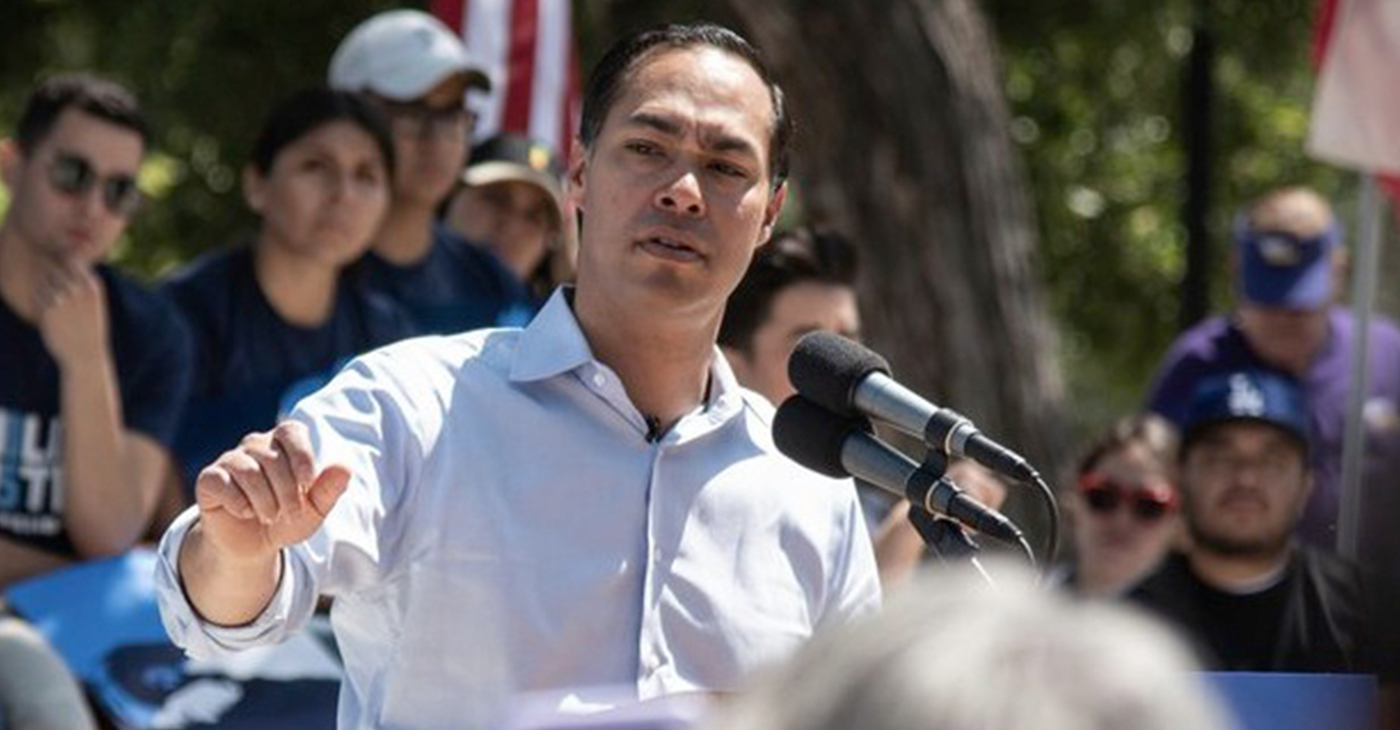 EAST LOS ANGELES — Former Housing and Urban Development Secretary Julian Castro said April 6 that he is running for president because “we need new leadership with a new vision for our country in the years to come.”

“I believe that we must move forward as one nation, with one destiny and that destiny is to be the smartest, the healthiest, the fairest and most prosperous nation on Earth,” Castro told an audience at Garfield High School in East Los Angeles in the first California rally of his campaign for the 2020 Democratic presidential nomination.

Castro said he supports universal pre-kindergarten for 3- and 4- year olds, paying teachers, counselors, janitors and other school support staff “what they deserve.”

Castro also said that Medicare should be available “to every single American who wants it.”

Castro said he supports people being able to have private or supplemental health insurance.

“What I don’t believe is that the profit motive should ever cut out human beings who need basic health care in the wealthiest nation on Earth,” Castro said.

To fulfill his goal of making the United States the fairest nation, Castro supports changes to the cash bail system, increasing spending on public defenders and “building” on the First Step Act, recently signed into law by President Donald Trump, whose provisions include promoting participation by federal prisoners in vocational training, educational coursework or faith-based programs in an attempt to reduce the recidivism rate.

Castro detailed his “People First” immigration policy, unveiled April 2, which calls for a “pathway to full and equal citizenship,” to those living in the U.S. without authorization, ending criminal penalties for entering the United States without legal permission and a “Marshall Plan” for Central America, focusing on stabilizing the nations that are the main sources of migration to the United States.

Castro received a bachelor’s degree from Stanford in 1996 in political science and communications and graduated from Harvard Law School in 2000.

Castro was elected mayor of San Antonio 2009, serving until 2014, when he was appointed secretary of housing and urban development by then-President Barack Obama, remaining in the position for the rest of the Obama administration.

If elected, Castro would be the nation’s first Latino president and first whose highest previous office was cabinet secretary since Herbert Hoover.

Castro recalled receiving the call from Obama asking him to be HUD secretary on his cellphone after driving “through the drive-through at Panda Express.”

You know how on your phone sometimes somebody calls you and it says ‘unknown’ or ‘blocked call,’” Castro said. “It said private. If you ever get a call that says private, answer it. Hopefully I’ll be on the other line.”

This article originally appeared in the Wave Newspapers.