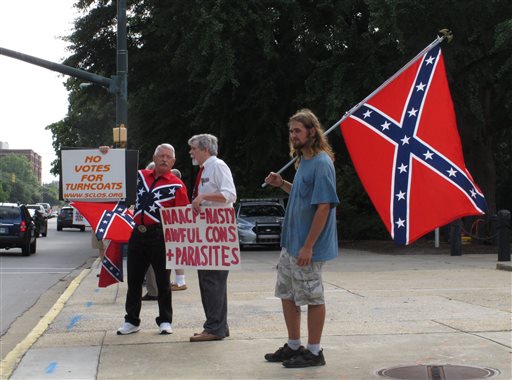 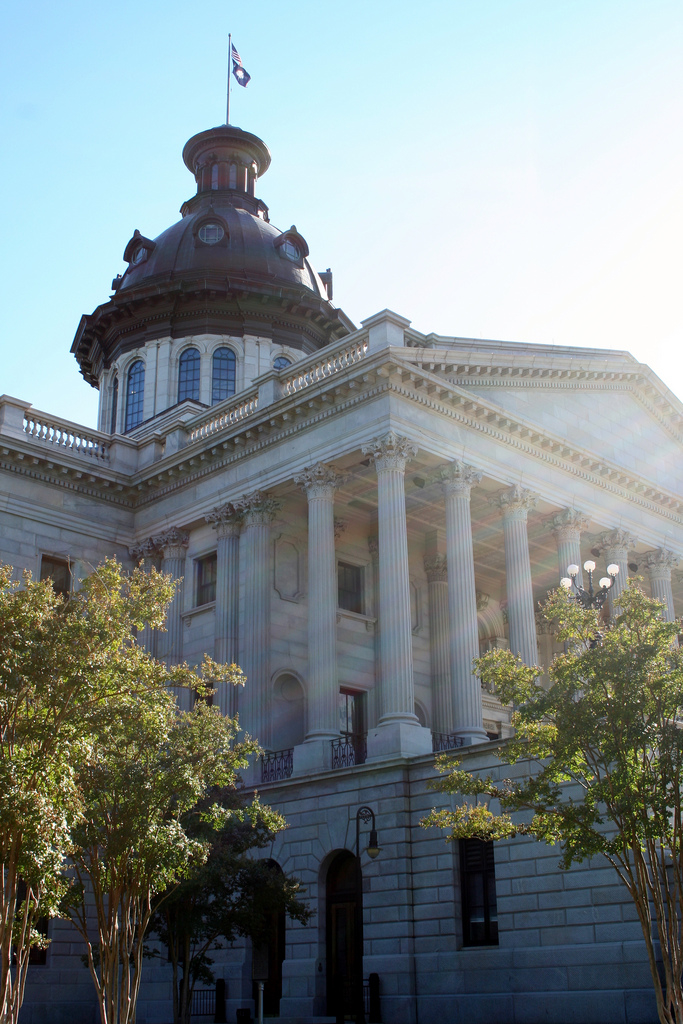 COLUMBIA, S.C. (CBS News) — Hundreds of people taunted each other on the grounds of the South Carolina Statehouse during separate rallies staged by two groups from outside the state. There were numerous reports of fights and other scuffles, although police have released few details of those kinds of incidents.

Black Educators for Justice, based in Jacksonville, Florida, held a rally Saturday on the north side of the Statehouse, where the Confederate flag was removed earlier this month. Later, the North Carolina-based Loyal White Knights of the Ku Klux Klan held a rally on the opposite side of the building to protest the flag’s removal.

The S.C. Department of Public Safety estimated the crowd at approximately 2,000. Spokeswoman Sherri Iacobelli said five people were arrested and 23 people needed medical attention. A statement from Richland County Emergency Service said many of the 23 were treated for heat, but no specific number was given.