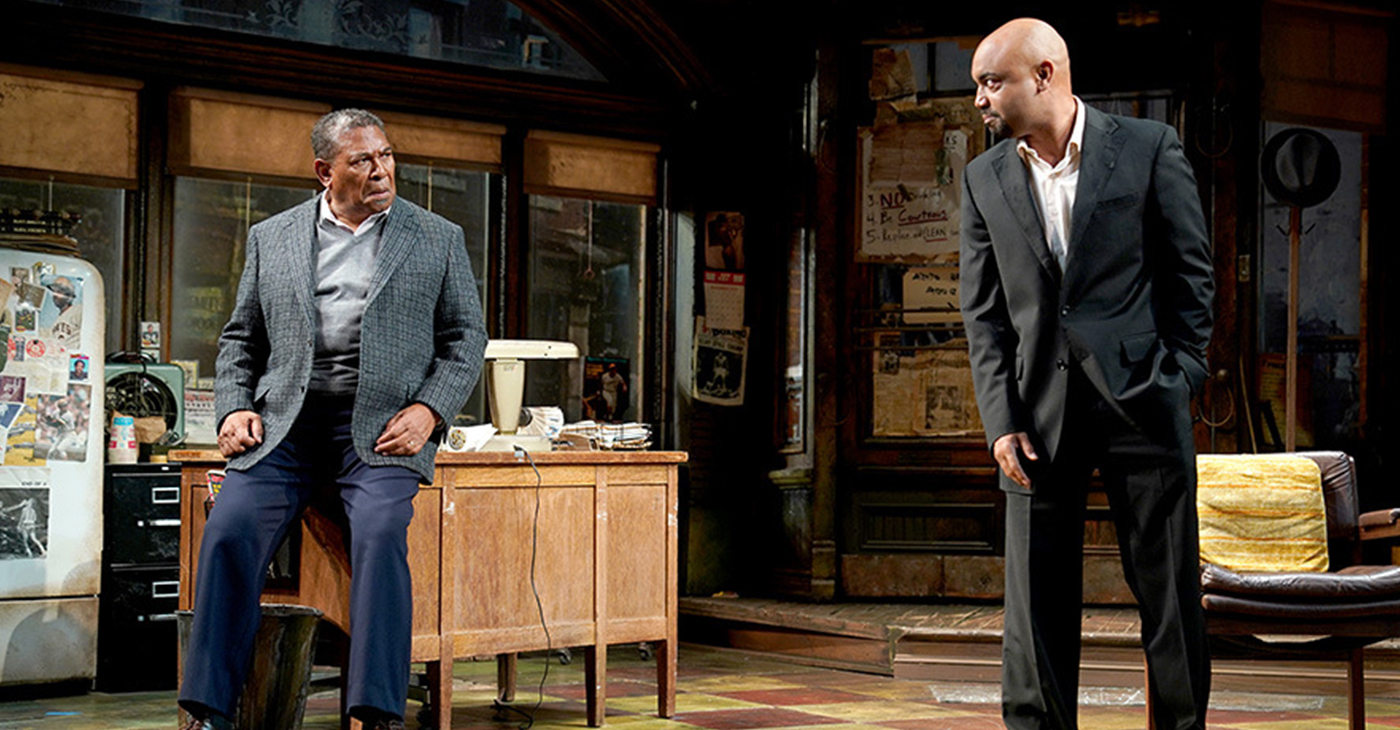 Modern audiences are all too familiar with topics regarding racial inequities, widespread gentrification, car service regulations, senseless violence, PTSD and unhealthy relationships with parents and children, which is why it is a true testament that August Wilson’s “Jitney,” set and written in the late 1970s, is a timeless story that resonates across backgrounds, demographics and generations.

An intergenerational story in itself, Wilson meshes social justice and civil rights challenges with characters, all who have their personal quirks and challenges that make them important to the storytelling of Arena Stage’s 70thAnniversary Season performance of “Jitney.”

Wilson’s words are penetrating, particularly in the sense that over 40 years later, “Jitney,” has a way of perfectly resonating with audiences.

“There are few voices that articulate the American experience with the honesty and the bittersweet beauty of August Wilson,” Arena Stage Artistic Director Molly Smith wrote in the play’s program notes.

In an exclusive interview with the AFRO, Wilson’s wife Constanza Romero Wilson explained how the play’s story lines connect with modern day audiences.

“[It’s a] lot of characters that everybody recognizes–their nosey uncle, their very stubborn or authoritative father. August wrote recognizable humans that have a lot of passion for life and they want justice in their daily lives,” said Wilson’s widow, who is a costume designer. “On the other hand, the topics that are being talked about in 1970s Pittsburgh are present today in 2019. We have cycles of young violence, young people that are aimless. They don’t have a clear path for life, and they can offer so much. And we also have disillusioned parents. And then we have young people who have fallen in love and they have a hard time starting their lives.”

Romero Wilson noted that the directing also contributes to the way modern audiences in D.C. can connect with late 1970s Pittsburgh.

“I think that a wise director directs the play so that it speaks to the modern audiences,” she told the AFRO “We’re still trying to introduce August Wilson to younger audiences, to younger generations, and it speaks as loudly now as it did then.”

Directed by multifaceted artist and performer Ruben Santiago-Hudson, who was also at the helm of the 2017 Tony-Award winning revival, “Jitney,” is an honest portrayal of people who desire to fight past challenges, celebrate triumphs, move onto new opportunities and create their own paths.

With an intricate, yet practical set designed by David Gallo, audiences are immediately welcomed into the jitney, a car service, with a desk, couch, refrigerator, ride tallying board, checkers board and chairs. It’s clear that the car service office has seen better days, newer floors and more business through the technical elements and the casts’ recognizable desire to balance desperation, frustration, hope and a yearning for more. Even through the play’s sound (designed by Darron L. West and Charles Coes), opening with original Blues music by Bill Sims Jr., audiences can understand that this play will show the bewildering beauty in pain and hardship.

The jitney drivers provide rides where taxis won’t go. Much like today’s modern car and ride share services, jitneys turned people with cars to honorable and reliable businessmen for their communities.

Despite the looming threat of gentrification and loss, watching the characters battle personal and financial frustration, celebrate beautiful moments, and seek more for their lives is what keeps audiences engaged in the storytelling of “Jitney.”

Santiago-Hudson found a way for the actors to work cohesively on stage and command the set, as if they actually experienced working in a 1970s car service office.

While it may have taken the first few minutes to adjust to the dialects, and interesting speech idiosyncrasies’ of the characters, each actor lived in the truth of Wilson’s words. These veteran artists, many of whom have spent much of their careers tackling the playwright’s words, quickly transported the 2019 D.C. audience to 1977 Pittsburgh.

Turnbo (Ray Anthony Thomas), Youngblood (Amari Cheatom), Doub (Keith Randolph Smith) and Fielding (Anthony Chisholm) are the drivers who set the tone of the life of jitney drivers, while Becker (Steven Anthony Jones), who runs the service, is an example of the man who never stops working and sacrificing. Each driver had their own stories and strong acting choices that led them to be fully developed characters, with feelings and goals.

Thomas as Turnbo, the slick, nosy figure, who might come off as annoying and a troublemaker, shows that even with these less than desirable qualities, the man just wants to be accepted.

Youngblood might be hot-tempered with a smart mouth, but audiences empathize with Cheatom’s portrayal as he shows the young man’s fears and desires for greatness.

Doub-who is somewhat of the car service’s moral compass- is not just the good guy, because in Smith’s portrayal of the role, audiences can see a man who overcame a lot of trauma, who works hard to make good choices, and who wants the best for the generation behind him.

Then there’s the sweet, drunk Fielding, who, as an actor has the hard challenge of “playing drunk,”- which is difficult because people who are inebriated work to show they are not intoxicated. Chisholm’s Fielding is quite believable as he balances the drunk, old man gurgle in his voice, well-meaning actions, struggle of fighting alcoholism, and clinging to memories past.

Jones as Becker is like watching an acting workshop, as his bold clear choices show a man who is battling with secrets, feelings of betrayal, responsibility, good intentions and pain. The entire theatre shifts once Jones reveals that he is not just a good guy, but is also an unforgiving, belligerent and disappointed parent. Jones is able to simultaneously balance and portray both sides of his character until his last moment on stage.

Francoise Battiste as Booster gives audiences chills. Although his character enters later into the play, his presence immediately commands attention and lingers even when he’s gone. Watching Battiste and Jones play off one another is like watching a close tennis match, as heads move from man to man, actor to actor, hurt person to hurt person, and audiences are treated to real truths and human experiences.

Strong performances by Harvy Blanks as Shealy and Brian D. Coats as Philmore add color and comedy to the drama, and keeps audiences missing them when they’re gone.

Nija Okoro holds it down as the only woman in the cast, Rena, and she is representing for strong, intelligent, creative and well-dressed Black women. Each time Okoro stepped on stage there was a shift. Her presence required anyone in the room to pay attention to her words and empathize with her desires, and through Okoro’s honest portrayal of Rena, audiences are treated to powerful monologues and perfectly timed comedic relief.

Elements of theatricality such as well-executed and believable fight scenes (Thomas Schall) and tableaus heightened the stakes of the play and kept audiences interested in each actors’ movements.

The costumes (Toni-Leslie James) and lights (Jane Cox) were also beautiful, becoming characters in themselves, and added a value that set the mood and tone of the time period, while also appealing to the eyes of modern audiences.

“Jitney,” will have audiences considering their own ways of dealing with life’s lemons and showcases how these Black people in Pittsburgh tackled challenges- with tropes that cross demographics.

“When August wrote this play, the Black community took matters into their own hands- and it’s a story about determination. And they said, ‘Well, if taxis aren’t going to come to our side of town, we are going to start having these jitney cabs. It’s a story about self-determination,” Romero Wilson told the AFRO. “There’s so many other human stories that run through the play, that I think that there’s plenty of story lines and moments that people can relate to.”