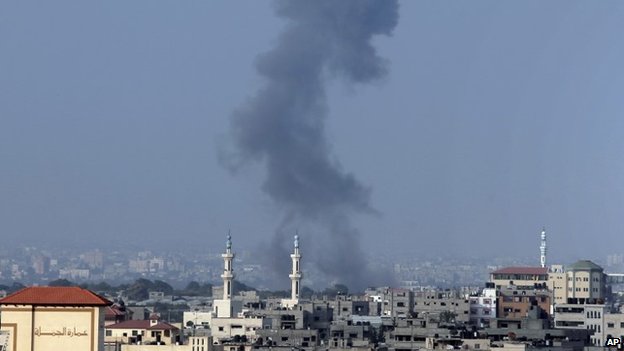 Smoke over Gaza where Israeli forces staged raids shortly before the truce began, while militants fired rockets into Israel ahead of the ceasefire. (AP Photo)

(BBC) – Israel has withdrawn its troops from the Gaza Strip to “defensive positions” outside the Palestinian territory.

It says the main aim of its offensive – to destroy militants’ tunnels – has been achieved.

Gaza officials say the four-week conflict has killed 1,800 Palestinians. Some 67 Israelis have also been killed.