Inside the BMA’s Galleries and Exhibitions: Africa to the Americas
Advertisement 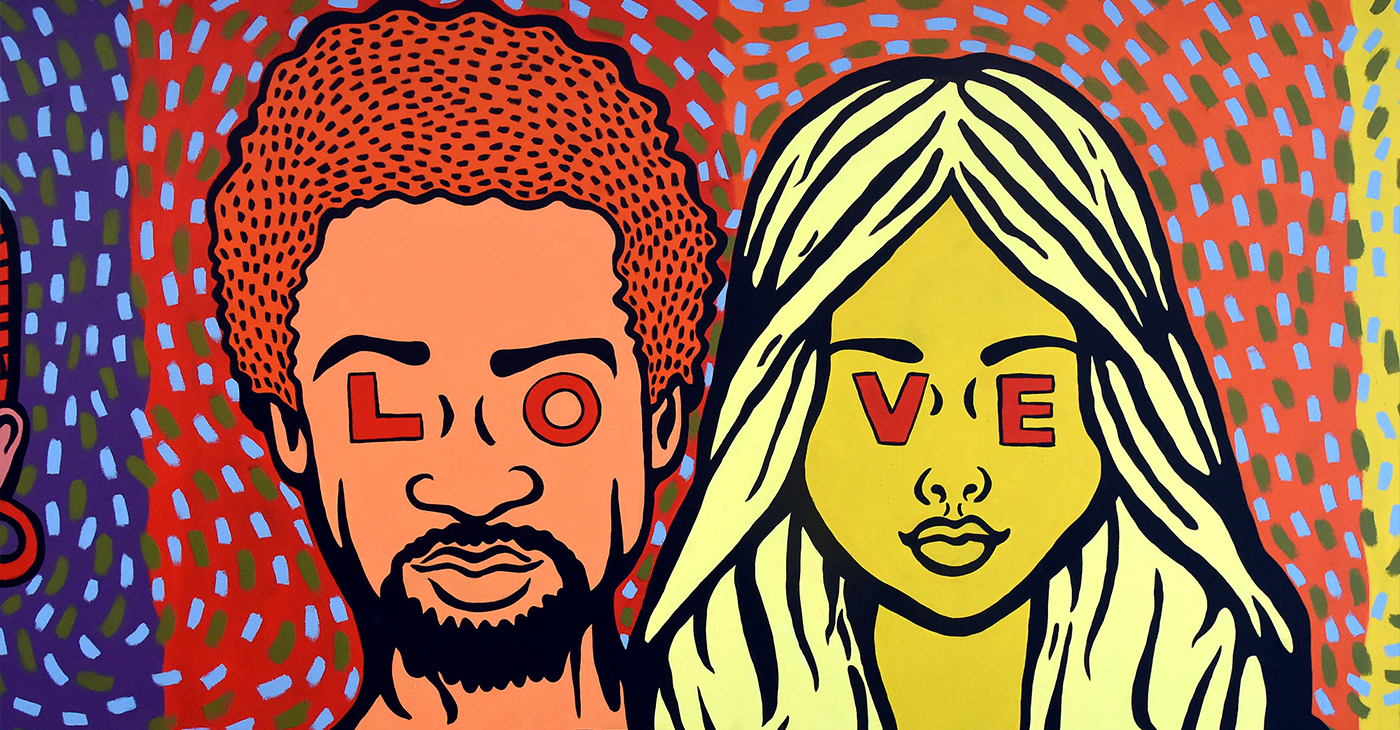 A portion of the piece, "Love is Blind" by artist Paul Cordes Wilm is shown at the Birmingham Museum of Art. (Photo by: Mark Almond)

It also houses an extensive Contemporary Art Gallery and features a broad range of special exhibitions, including the currently running “Barbie: Dreaming of a Female Future” (Aug. 10, 2019 through Jan. 26, 2020, in the Arrington Gallery) and the soon to come “Ways of Seeing: Portrait” (Aug. 31, 2019, through March 8, 2020, in the Bohorfoush Gallery).

Here’s a closer look at some of the BMA’s galleries.

Contemporary art is defined as the art of today, produced by artists who are living in the 21st century. At the BMA, the contemporary art collections consist of artworks created after the 1970s up to today.

In the contemporary gallery, located on the first floor of the museum, hangs a large portrait of Birmingham-born artist Kerry James Marshall’s “School of Beauty, School of Culture.” The piece depicts a scene of black males and females in a beauty school, but its meaning is far more complex. It is a setting, familiar to most African Americans, that not only teaches a trade but also educates its clientele about African American culture through fellowship.

“When I was going through the permanent collection, I was very much thinking about the artists I know, love, and am familiar with, and then the different themes I’ve observed having been here in Birmingham,” said Hallie Ringle, the BMA’s Hugh Paul Curator of Contemporary Art, who has been in the Magic City since October 2018.

The work of prominent African American artists, many of whom hail from Birmingham and across the state of Alabama, are important in the gallery, said Ringle, who is responsible for planning exhibitions and caring for the permanent art collections.

“There are so many artists from Birmingham that I think are incredibly significant, like Joe Minter. We have his ‘Reparations Now’ piece; it’s a new acquisition,” she said. “I want to think about what labor meant. What does it mean to spend your whole life working for something, especially when that labor isn’t always visible or isn’t always credited? … I kept thinking about those things in terms of Birmingham. We see all these things happening around us, but who actually does [the work] and what does this mean in terms of a larger society?”

Aside from the “School of Beauty, School of Culture” and “Reparations Now” pieces, the Contemporary Art gallery features many other notable pieces, including a portrait of activist and Birmingham native Angela Davis titled “Revolutionary” by Wadsworth A. Jarrell. Words from her speeches—struggle, resist, black, beautiful, revolution—swirl around her and emanate from her hair.

In selecting works that will be displayed in the gallery, Ringle’s goal is to bring people closer to the artists.

“I want to recognize how they experience art wherever they are,” she said. “Birmingham is a very creative city. … Maybe it’s in a sign that you’ve seen or a mural that you painted or whatever you do in your life that’s creative and artistic.”

In addition to considering how she can connect viewers to the piece or the audience, Ringle does extensive research when selecting works for the gallery.

“My process is a little different from that of my colleagues because the artists are living for the most part. One of my favorite things to do is work with living artists and make sure their dreams are executed in our galleries,” she said. “Sometimes I pick art that’s on the walls. Sometimes I might commission an artist to make something. Sometimes it’ll be a work in our collection that already exists. For the pieces that are currently in the gallery, I picked some pieces that already existed in our collection and built a show around them.

“[For instance], I started with ‘Reparations Now’ … [and] ‘School of Beauty, School of Culture.’ Then I included [pieces from] Amy Sherald, [who was commissioned to paint the official portrait of former First Lady Michelle Obama for the Smithsonian Institution’s National Portrait Gallery]. [Then I added the] Angela Davis [piece], and I was like, ‘Oh, my God, these don’t make any sense together.’ Then I thought, ‘What are these really about?’ Even though it’s not always apparent, Amy Sherald’s [‘All Things Bright and Beautiful’] looks like a portrait and is a portrait, but it’s also about childhood, who we see as children, and, as a society, what we are protecting these children from—that is labor, often invisible labor.”

The BMA’s African, Native American, and Pre-Columbian galleries are on the second floor. Art from the pre-Columbian era line the walls, along with sculptures, paintings, and traditional clothing from that era. Farther down, the African and Native American galleries feature similar works, as well as head masks and a section of African ceramics.

“The African ceramics … are pretty new. We acquired a big collection of 403 African pots, so we decided to open a brand new gallery dedicated to just that art form,” said Emily Hanna, PhD, senior curator of the Arts of Africa and the Americas. “It’s really beautiful. People love to just stop, sit, and watch the video [of African women making pottery] in that section.”

The BMA has about 2,000 works of African art, which is much more than what’s on display. Because the collection is so large, Hanna changes the gallery out about every six months or so. She does the same with the pre-Columbian and Native American galleries.

“Anything that is fabric, works on paper, anything that is light-sensitive has to be changed out often. You just can’t leave them out [because they] will fade,” said Hanna. “Some of our galleries don’t change out; the things that change are for special exhibitions. In my galleries, I try to keep things moving. I have enough textiles that if you come every three to four months, you’re going to see something different.”

Hanna considers visitors who haven’t seen these types of work before and how they can connect to them.

“People might have preconceptions about [certain works] if they haven’t had the chance to visit, so you have a really short opportunity to capture people’s interests and get them to read a label if they wander in,” she said. “Maybe they’re interested in the way something looks, but think about it: How much time will you give a label or really take to learn something?

“That’s the challenge: to create an installation that will attract someone to look at and learn about something. A lot of people who saw [the movie] ‘Black Panther’ are now very interested in textiles, costumes, clothing, architecture, and Afro-futurism. [We offer] a window for people to come in and see if what we have here is what they saw in the film.”