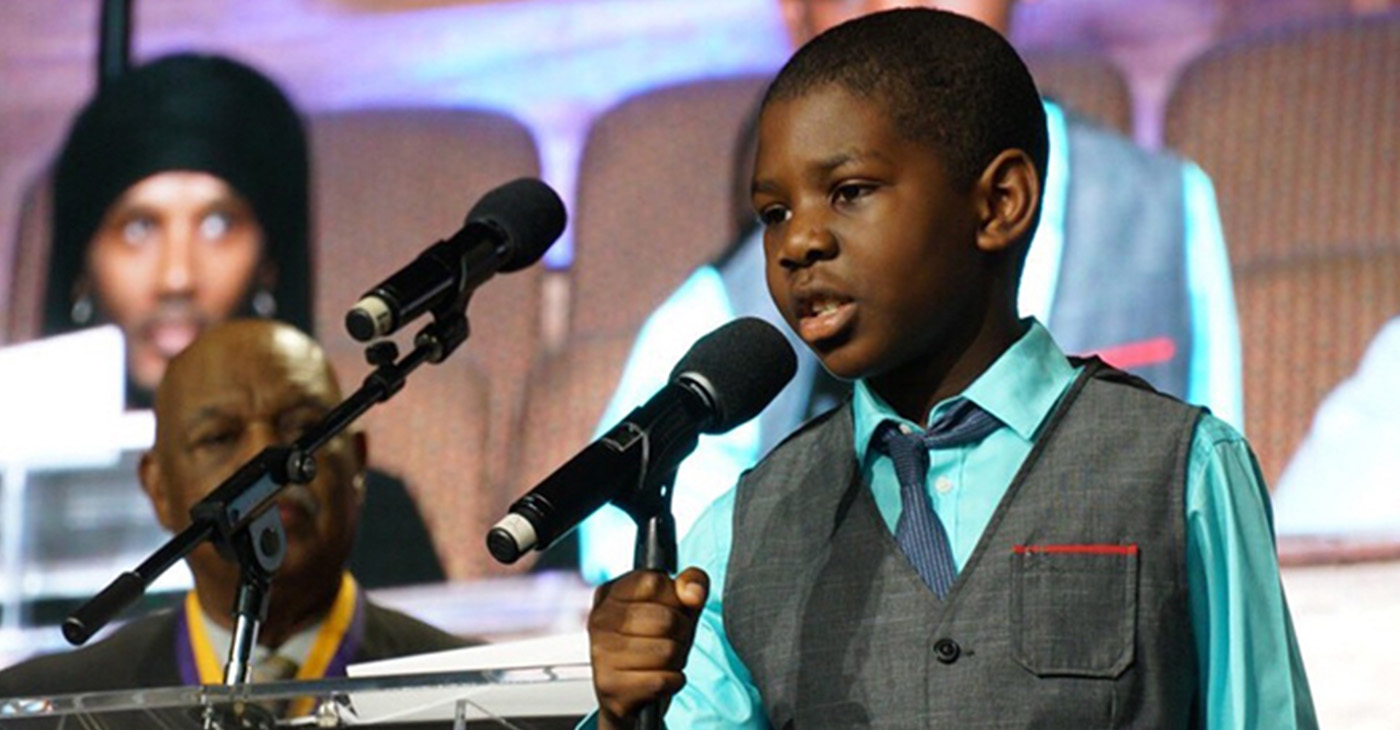 INGLEWOOD – Thousands attended a symbolic civil rights march and parade on Jan. 19, celebrating the 36th Annual MLK Day in Inglewood, reportedly one of the nation’s first municipalities to recognize King’s birthday as a legal holiday.

Floats, bands, community organizations and student speakers joined the daylong event, which began with a commemorative service at The Tabernacle Faith Central Bible Church and was followed by a family friendly King Fest along Market Street, the city’s main business district.

One of those student speakers, second-grader Pete Asafor, said while America has undoubtedly made racial progress, much remains to be done.

“America is still divided as ever,” said Asafor, a student at Inglewood’s LaTijera Charter School.  “Many people might even say the hate and violence that was so prevalent during Dr. King’s life has been ignited.”

Asafor, who was inspired by King’s iconic “I Have A Dream” speech, won first place in the K-2nd grade category for his speech linking King’s legacy to Isaac Newton’s law of inertia, which says that an object at rest tends to remain at rest unless it is acted on or “disrupted” by an unbalanced force.

Asafor compared King’s social and political actions during the civil rights movement as the “disruption” or unbalanced force that was needed to change segregation laws in the 1960s.

“We must treat others as we wish to be treated, we do not need Newton’s laws of motion to move us forward,” the 7-year-old said. “What we need is to be sympathetic, concerned, and involved in making sure that Dr. King’s contribution to the world is honored, remembered and practiced. This is what will move America in the right direction.”

Mayor James Butts also joined parade-goers, championing the progress being made to revitalize Inglewood, a city in the midst of a major redevelopment push sparked by the multi-billion dollar Los Angeles Rams and Chargers stadium at Hollywood Park.

“Every year that we come to do this event, every single year, we’ve added another milestone to the resurrection and the history of this city,” said Butts, who began his third term in office this month.

“If you drive down Kareem Court or Pincay (Drive) or Prairie (Avenue), you’ve seen the progress on that stadium,” he said. “It looks beautiful, just as a skeleton. I can’t imagine what it will look like when it’s finished.”

Henry Brown, chair of the 2019 King Day Planning Committee, said King’s legacy should inspire all Americans, regardless of color, creed or religion.

“(Dr. King) was a black man but his message was inclusive,” Brown said. “He may not be here with us but today he lives in each of us.”

“Inglewood… is considered one of the melting pots of Los Angeles County, so it’s very important that we all participate (in the march),” he said.

“People are coming back to the city, living in the city.  With the advent of the new stadium, we’re all going to have to live together, because it’s not just black and brown, but it’s also all other races that are coming back to live in this fine community.”