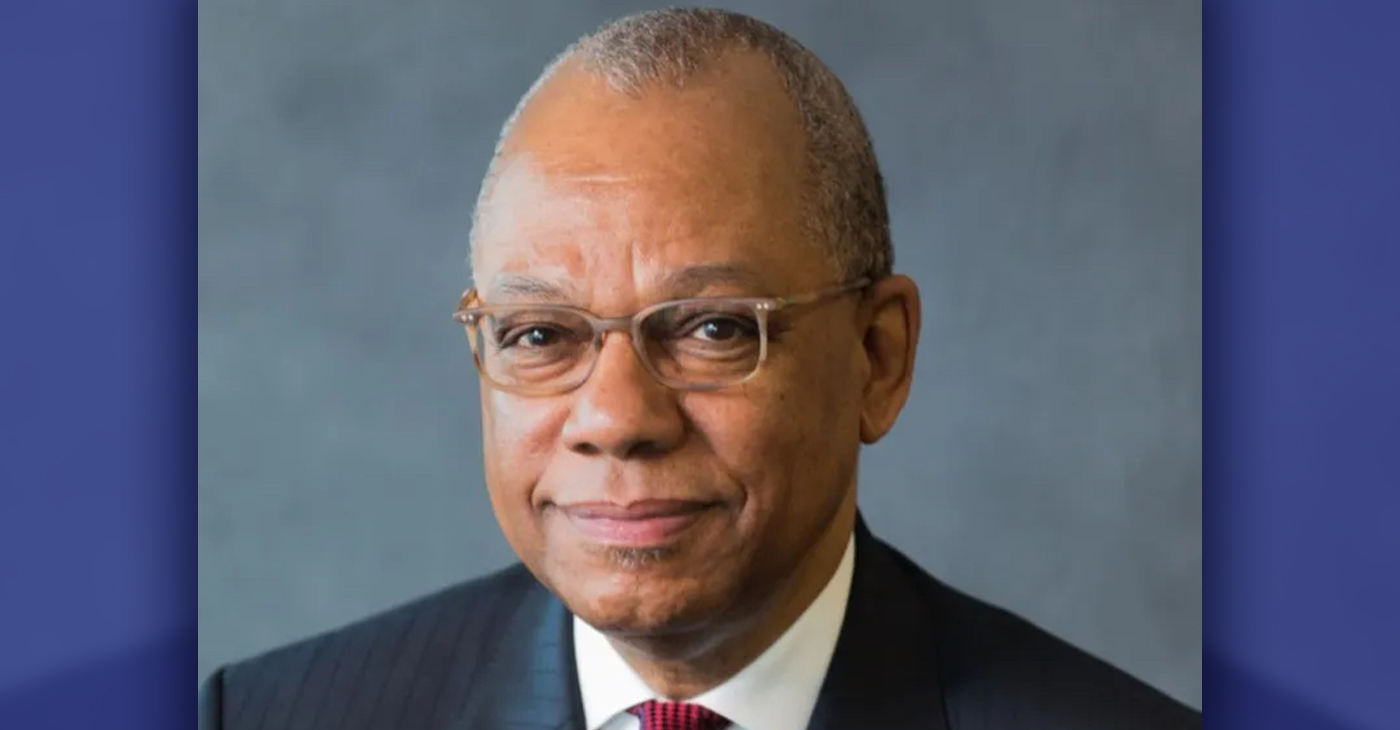 An announcement that Rev. Dr. Calvin O. Butts III had died on Friday morning, Oct. 28, resonated with sorrow across the social media and news networks. For more than a generation, the venerable Rev. Butts was the pastor at Abyssinian Baptist Church in Harlem, and was totally involved in the community’s social, political and economic welfare. He was 73 and had been battling cancer, according to close associates.

His passing has evoked a number of encomiums and among the first came from the Rev. Al Sharpton, founder and president of the National Action Network. “Rev. Butts was a major pillar in the Harlem community and is irreplaceable. He was a dominant faith and academic leader for decades. We knew each other for more than 40 years, and while we did not always agree we always came back together. Over the last three years, he and I worked closely as co-chairs of the Choose Healthy Life national campaign to help the Black community fight COVID. We spoke as late as a couple of weeks ago about this work, as he was still fighting cancer. He will be tremendously missed.”

Gov. Kathy Hochul expressed her sentiments in a statement, saluting Dr. Butts as a “tremendous leader who served our state, our city and our nation with grace, dignity and passion,” and noting his leadership in other capacities. “Dr. Butts was a force for moral clarity, a voice for his Harlem community, a counselor to so many of us in public service and I was proud to call him a friend,” she continued. “Bill and I are praying for his wife, Patricia Butts, children, and grandchildren and for all New Yorkers who have felt the impact of Dr. Butts’ visionary leadership. We will miss him greatly.”

During his remarkable tenure as the church’s leader, Rev. Butts was a tireless advocate for affordable housing through the Abyssinian Development Corporation, a non-profit organization he established in 1989. Under his guidance the corporation raised $2.8 million to purchase and renovate property to be used as a homeless shelter. Also, he oversaw the building of a large apartment complex for senior citizens and apartments for moderate income households. Much of this was done with the Partnership of New York City program.

Though he was born on July 19, 1949 in Bridgeport, Conn., Rev. Butts spent most of his lifetime in New York, beginning in early childhood and it is where he received his primary education, including graduation from Flushing High School in 1967. At the high school he was a promising athlete and scholar as a member of the track team and president of his senior class.

In 2005, he was interviewed by “HistoryMakers,” and said that in 1972 he received his B.A. degree from Morehouse College. While a student there, he pledged to the Kappa Alpha Psi fraternity and was active in civil rights. After the assassination of Martin Luther King Jr., Rev. Butts and several other Morehouse students took to the streets in anger. After graduation, Butts returned to New York where he earned his Master of Divinity degree in church history in 1975 from Union Theological Seminary and later his Doctor of Ministry in church and public policy from Drew University. He was still in graduate school when he was hired to work at Abyssinian Baptist Church, starting as an office assistant and worked his way up to assistant pastor, eventually being named head pastor in 1989.

Following in the enormous footprints of the Rev. Adam Clayton Powell Jr. and Rev. Samuel Proctor was a formidable task, but one Rev. Butts soon accomplished with sterling results, however not without a few political hiccups. Most memorable for some community activists and members of his congregation was his endorsement of the Republican Party’s George Pataki in his re-election campaign in 1998. Current Councilman Charles Barron was among the protesters, charging that Pataki failed to stop Mayor Rudy Giuliani from turning Harlem “into a police state.” Rev. Butts incurred the wrath of many Harlemites again when he endorsed Michael Bloomberg over Bill Thompson in 2008.

Despite the rancor from dissenters, Rev. Butts forged ahead with a sundry of community developments and put his leadership stamp on such institutions as the State University of New York at Old Westbury, where he served as president from 1999 to 2020. Among his achievements at the college was its investment of approximately $150 million in capital projects, technological advances, residence halls, and a major academic building.

A good portion of his impressive resume relates to academic and religious affairs, most notably as an adjunct professor in the African Studies Department at City College, New York, and Black Church History at Fordham University. He was widely sought after for appearances on the lecture circuit where his expertise on education and ethical issues earned him a national reputation.

What he said about his friend and neighbor the eminent journalist Les Payne during his eulogy, applies aptly to him, “he was a truth teller…searching for the truth and God took him…and left you a legacy that you can be proud of.” Testaments of Rev. Butts’ legacy abound in Harlem and other parts of the world that received his passion and commitment to the health and welfare of a community.

In subsequent stories we will update on funeral services and other information about his passing and his family that includes his wife, Patricia, three children and six grandchildren.