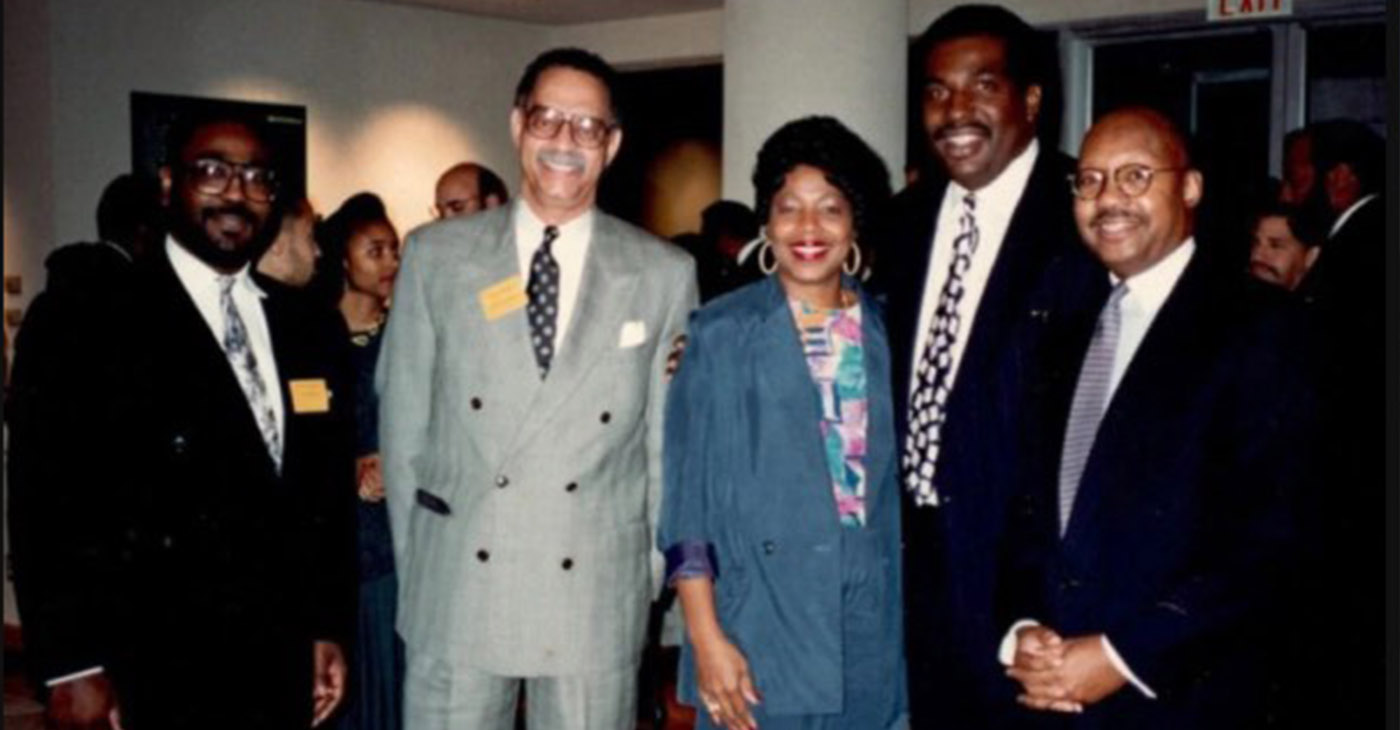 One veteran colleague trudged laboriously to the speaker’s stand assisted by a walker and a relative who gripped his arm to steady him. That long walk from the audience, to the front of the room, and over to a microphone could have symbolized the long triumphant life journey of the man on the walker and the man he came to honor during a celebration of his friend’s life.

Garza, a Latino, and Robinson, African American, partnered on various bi-racial equity projects during the 1970s in Dallas.

“Marvin and I worked together on many causes for justice,” said Garza, who co-founded Dallas’ first Mexican-American leadership Conference. “It is my pleasure to be here.

Robinson’s portrait was displayed up front – likely prompting others’ diverse memories of the stellar life he lived.

An image of a smiling Robinson, with his trademark stare and a boutonnière on his lapel, also graced the cover of the printed commemorative program that detailed his many successes. That keepsake listed names and titles of about a dozen speakers from various professional, civic and educational arenas who came to pay homage.

The dozen speakers recalled how Robinson impacted their life and the lives of hundreds, yea thousands, of others in the organizations, businesses, and schools that they represented.

Robinson was a fearless student civil rights activist at Southern University in Baton Rouge, Louisiana in the late-1950s and early ‘60s. He was a founding member of the historic Student Nonviolent Coordinating Committee (SNCC), field secretary of the Congress of Racial Equality (CORE) and was jailed and beaten several times during sit-ins and demonstrations, including the Freedom Riders bus crusades.

The activism of this high-achieving student government president and All-American track-and-field athlete continued even after the Louisiana governor ordered that he be kicked out of Southern — 28 days before he was to graduate – and further ordered to leave the state of Louisiana. Robinson ultimately earned a law degree from Howard University in Washington D. C. and went on to leave big footprints in various business, education and civic arenas.

Resolutions involved one from Dallas Mayor Eric Johnson. Following are comments from some of the speakers: