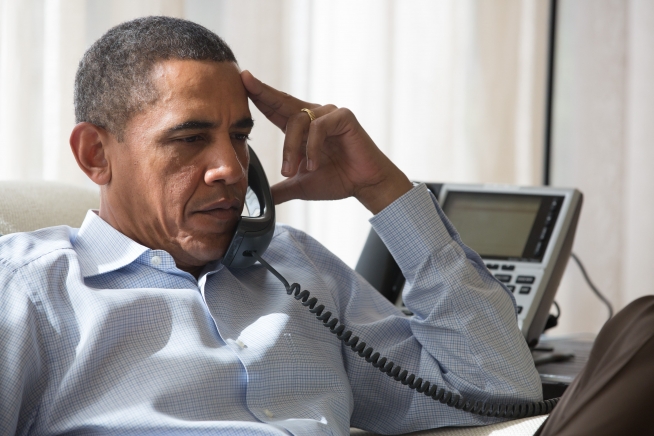 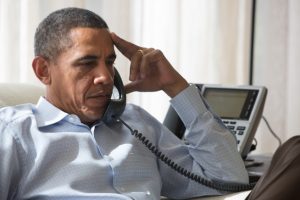 President Barack Obama speaks by phone with his National Security Staff regarding the situation in Egypt, while in Chilmark, Mass., Aug. 15, 2013. (Official White House Photo by Amanda Lucidon)

Somehow, it seems appropriate that a freshman Republican congressman who raises reindeer to pull Santa’s sleigh in holiday parades is suggesting that impeaching President Obama would be “a dream come true.”

Yes, it would be.

It would be the equivalent of a whole Santa’s sleigh full of toys.

Last week, in the tony Detroit suburb of Birmingham, U.S. Rep.Kerry Bentivolio had an exchange with one of his constituents that was probably not that unusual. It’s the kind of thing that happens all the time in conservative Republican circles when talk turns toObamacare and the president’s agenda.

Conveniently forgetting that the healthcare law championed by the president was passed byCongress in 2010, that the president trounced his political rival, Mitt Romney, in 2012, and that the Supreme Court upheld the Affordable Care Act, angry conservatives believe that but for a bootlicking mainstream press, Obama would be on his way back to an early retirement in Chicago, if not to prison for the terrible “crimes” he has committed against the American people.

The exchange that Bentivolio had with his constituents last week is instructive.