How Will You Be Remembered?
Advertisement 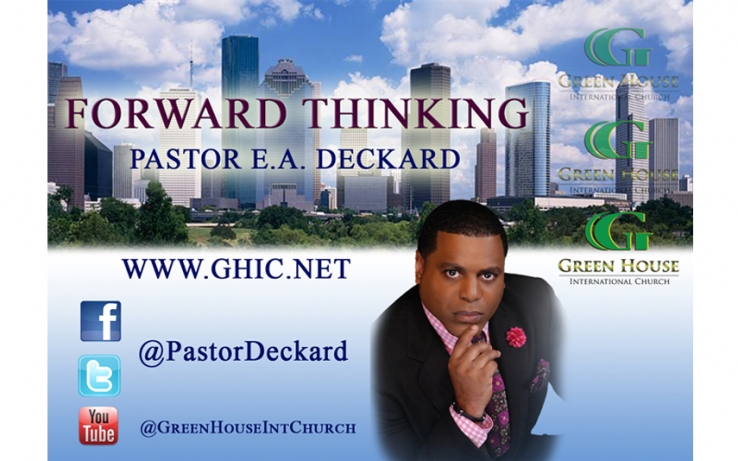 by Pastor E. A. Deckard
Special to the NNPA from the Houston Forward-Times

“With quiet courage and nonnegotiable dignity, Rosa Parks was an activist and a freedom fighter that transformed a nation and confirmed a notion that ordinary people can have an extraordinary effect on the world. In her declining health, I would often visit Mrs. Parks, and once asked her the most basic question: “Why did you do it?” She said the inspiration for her Dignity Day in 1955 occurred three months prior, when African-American Emmett Till’s murdered and disfigured body was publicly displayed for the world to see. “When I thought about Emmett Till,” she told me, “I could not go to the back of the bus.” Her feet never ached.” – Rev. Jesse Jackson

“I would like to be remembered as a person who wanted to be free… so other people would be also free.” – Rosa Parks

Forward Thinkers, Rosa Louise McCauley Parks, the “mother of the Civil Rights Movement” will always be remembered for what she did on December 1, 1955 in Montgomery, Alabama. Parks’ act of defiance and the Montgomery Bus Boycott became important symbols of the modern Civil Rights Movement. She became an international icon of resistance to racial segregation. She organized and collaborated with civil rights leaders, including Edgar Nixon, president of the local chapter of the NAACP; and Martin Luther King, Jr.

Forward Thinkers, at the time, Parks, a secretary of the Montgomery chapter of the NAACP, recently attended the Highlander Folk School, a Tennessee center for training activists for workers’ rights and racial equality. She acted as a private citizen “tired of giving in”. Although widely honored in later years, she also suffered for her act; she was fired from her job as a seamstress in a local department store.

Forward Thinkers, what amazes me more is the fact that Rosa Parks gained the courage to refuse to “get up” because she had become frustrated with the system after the killing of Emmett Till.

Let’s look back and be blessed and empowered by the words of Rosa Louise McCauleyParks:

I have learned over the years that when one’s mind is made up, this diminishes fear; knowing what must be done does away with fear. –Rosa Parks

Forward Thinkers, the bible states for God hath not given us the spirit of fear; but of power, and of love, and of a sound mind. 2 Timothy 1:7

Forward Thinkers, Rosa Parks didn’t allow the fear of the unknown to stop her from making her mark on this world. Rosa Parks, made her mind up on December 1, 1955 that she would not take it anymore and the fact that she could be thrown in jail or even killed could not stop her from planting her feet firmly on the floor of the bus and refusing to move.

Forward Thinkers, we must no longer allow the fear of what could happen to us prevent us from taking a stand for justice and righteousness. Forward Thinkers, King David didn’t allow fear to overcome him even though all those around him were living in fear of being defeated by Goliath.

Forward Thinkers, I challenge you to stop allowing fear to speak louder than faith. This season, the people of faith must walk by faith and defeat the giants of injustice across America.

Each person must live their life as a model for others. – Rosa Parks

Forward Thinkers, the bible states in Matthew 5:16 in the same way, let your light shine before others, that they may see your good deeds and glorify your Father in heaven.

At the time I was arrested I had no idea it would turn into this. It was just a day like any other day. The only thing that made it significant was that the masses of the people joined in. – Rosa Parks

Forward Thinkers, we all know Romans 8:28 and we know that God causes everything to work together for the good of those who love God and are called according to his purpose for them.

Forward Thinkers, when Moses got to the Red Sea he had no idea that as he started to walk into the sea, the Lord would open up a pathway and others would be joining him on his journey through the Red Sea.

Forward Thinkers, today, I challenge you to discover your divine purpose and walk in it and trust the Lord to send others into your life to follow you and assist you.

Racism is still with us. But it is up to us to prepare our children for what they have to meet, and, hopefully, we shall overcome. – Rosa Parks

Forward Thinkers, yes racism is still alive and well in America where Blacks and Browns are being incarcerated and murdered at record setting paces, but we must follow the lead of Rosa Parks and prepare our children to be successful in spite of the obstacles in front of them.

Forward Thinkers, the bible teaches us to teach a youth about the way he should go; even when he is old he will not depart from it. Proverbs 22:6

Forward Thinkers, we have a responsibility to continue to teach and train the youth of this generation how to overcome and succeed in a land of racism and injustice. Forward Thinkers, remember in the bible that Daniel tested better than the other young men of his generation because, someone took the time to prepare him to handle himself in an unfair world.

Forward Thinkers, in conclusion, I challenge us today to use the life of Rosa Louise McCauleyParks as an example of what God can do through one person with a made up mind to be a difference maker.

Pastor E. A. Deckard is the Senior Pastor/Founder of the Green House International Church located, 16711 Ella Blvd. Houston, Texas, 77090. To contact Pastor Deckard for speaking engagements contact him at pr.ghic@gmail.com or the church website http://www.ghic.net.

The Religion Corner: My Cup Runneth Over