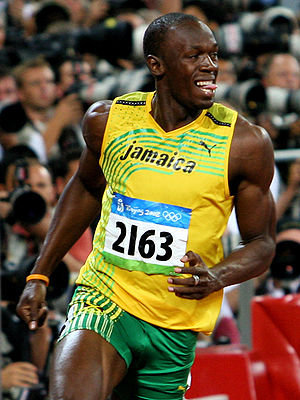 Three gold medals and three world records later, Bolt left Beijing as one of the most famous athletes on the planet. He set records in the 100 and 200, becoming the first man to capture Olympic gold in both events since Carl Lewis in 1984. He was part of the 4×100 meter Jamaican relay team that shattered the world record on the way to another gold. Life has never been the same for the world’s fastest man.

As Bolt’s fame soared, his paycheck took off as well. Bolt earned an estimated $20.3 million over the last 12-months from prize money, bonuses, appearance fees and sponsors. He ranks No. 63 among the world’s highest-paid athletes.