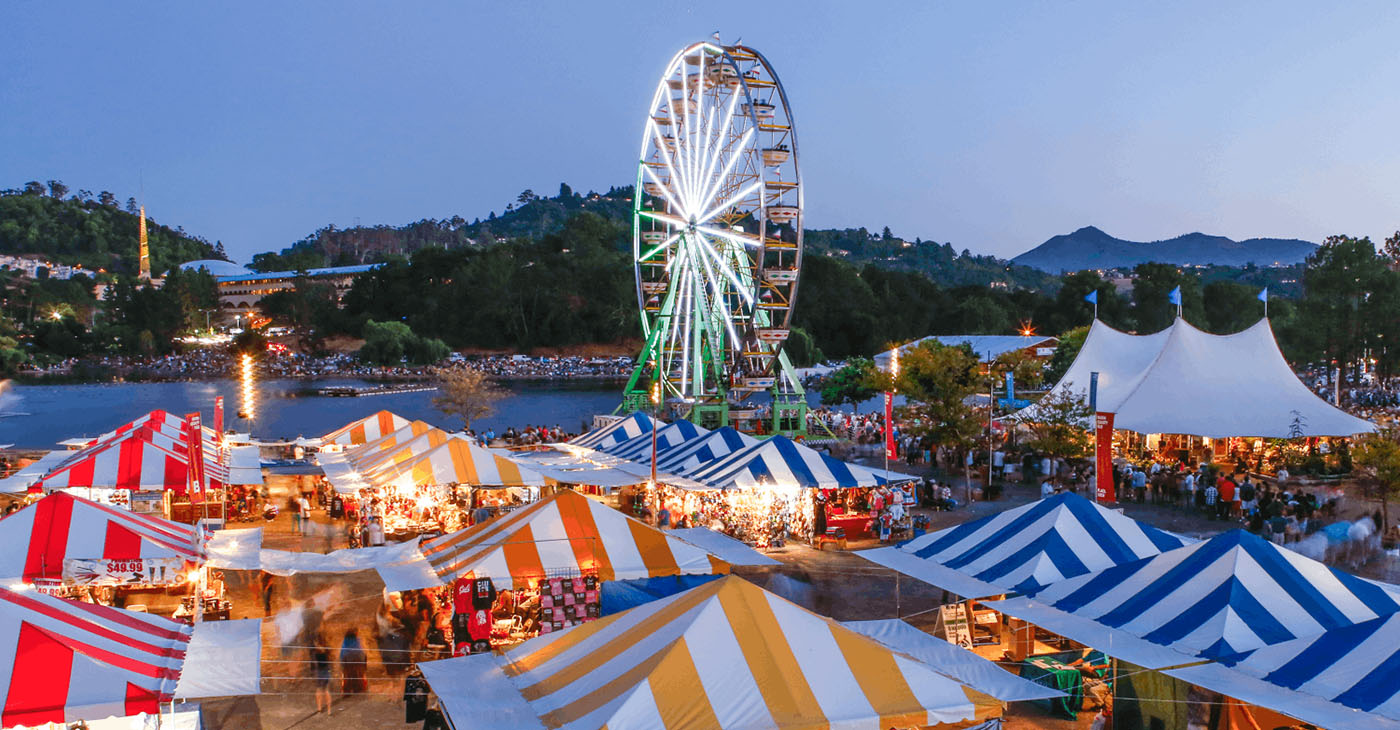 Discounted tickets on sale now for June 30 to July 4

Renowned for presenting world-class music, the Marin County Fair will have a stellar lineup of bands every night June 30 through July 4, all free with the price of general admission.

The 2022 fair will focus on outdoor entertainment including the headline concerts, performers roaming the grounds such as jugglers, unicyclists, and stilt walkers, and interactive art experiences for fans of all ages. Returning fair favorites will include traditional carnival rides, the Global Marketplace, the Barnyard, food and drinks, and fireworks every night over the Civic Center’s Lagoon Park. The always-popular competitive exhibits program will take place online as it did in 2021.

Here is the music lineup:

Pablo Cruise began in San Francisco in 1973 as honest, real, down-to-earth vocals, accompanied by fun yet elegant, infectious grooves. In 1975 Pablo Cruise released its first A&M album simply entitled Pablo Cruise. The album cover was shot in the tropical gardens of San Francisco’s Golden Gate Park. In 1977, the album A Place in the Sun was the turning point in the band’s career as they finally entered the mainstream music scene. With hit single “Whatcha Gonna Do?” and the title track “A Place in the Sun,” the album peaked at No. 19 on the Billboard charts. Other chart hits followed, including “Love Will Find a Way” and “Don’t Want to Live Without It,” “I Want You Tonight,” and “Cool Love.” Today, Pablo Cruise is bringing more energy and excitement to the stage than ever before.

After cutting his teeth on open mics around the Bay Area, San Francisco songwriter Matt Jaffe was discovered by Jerry Harrison of Talking Heads. Together, they produced Matt’s first album when he was 16, cementing his dedication to music. Matt has written more songs than he can remember the words to, crisscrossed the country opening for Mavis Staples and Wilco, and co-written with Tom Higgenson of the Plain White T’s. Inspired by the great lineage of rock n’ roll, he marries literary lyrics with the undeniable urge to dance. Having suffered from seizures since 2015, Matt also uses his music to unite local and national epilepsy communities. Matt is currently rolling out his fourth and fifth albums, Undertoad and Kintsugi.

Sheila Escovedo picked up the drumsticks and started making music at the precocious age of 3 and delivered her first solo performance to a live audience two years later. She has since established herself as one of the most talented percussionist/drummers and performers in the world. She became a top session and touring musician before the age of 20, performing and/or recording with George Duke, Herbie Hancock, Con Funk Shun, Marvin Gaye (on his final world tour), Diana Ross, Lionel Richie, Gloria Estefan, Patti LaBelle, and Steve Nicks among others. Sheila E.’s producing, arranging, and performance talents have been showcased throughout the music and film industry. In 2014, Sheila released her literary biography titled The Beat of My Own Drum, and her solo album, ICON. Following Prince’s death, she released the single “Girl Meets Boy” in memory of the late, great, Prince. In 2018, Sheila E. released, ICONIC: Message for America, an album that displays her efforts in awareness to social issues and humanitarianism. Her current single, “No Line” with the legendary Snoop Dogg, is Sheila’s continued contribution to the music industry.

The Sons of Champlin started in Marin County in 1965 by Bill Champlin, Tim Cain, Terry Haggerty, and Geoff Palmer and has been one of Marin’s most beloved homegrown bands for over 50 years. The band has released eight major label albums and a few on indie labels. Bill Champlin has worked on over 300 records and has performed on TV and movie soundtracks, including the lead vocal on “In the Heat of the Night” series starring Carrol O’Connor. He played for 28 years with the band Chicago and managed to fit in a handful of Sons’ gigs during that time. The current lineup is Bill Champlin on keys and guitar and lead vocals; Geoff Palmer on keys and vibes; Alan Hertz on drums; Dick Mithun on bass; Tal Morris on guitar; Tim Cain on sax; Jeff Lewis on trumpet; Doug Rowan on sax; and Tamara Champlin on lead and background vocals. The band has always been a step up musically from the norm. Founding member Terry Haggerty has been known to sit in with the band, which is always an emotional experience for diehard fans. The Sons of Champlin are a Marin County gold mine.

Digable Planets burst onto the music scene in 1993 with their Grammy-winning single, “Rebirth Of Slick (Cool Like Dat).” Made up of Ishmael Butler (Butterfly), Craig (C Know/ Doodlebug) Irving, and Mary Ann (Ladybug Mecca) Vieira, the trio carved out a unique style of jazz-informed hip hop. Shortly after, Digable Planets followed up with their debut album, Reachin’ (A New Refutation of Time And Space), melding Jazz samples, and complex rhymes that touched on everything from the nuances of city life (“Where I’m From”) to abortion rights (“La Femme Fetal”). Reachin’ was a rich and vibrant artistic statement as well as a huge commercial success (RIAA certified gold). They immediately followed up with Blowout Comb, a bold and colorful meditation on Black liberation. In 2015, the group embarked upon a string of wildly successful live shows and has been active as a tight touring unit ever since. In 2017, they released Digable Planets Live, a live album that showcases many gems from the group’s catalog as well as the trio’s skill at rocking the crowd with a live band. A pioneering act that continues to cast a considerable influence, Digable Planets have left an indelible mark on music. Nearly 20 years after their debut, their music still shines, and the group continues to bring their celebrated stage show to excited crowds around the world.

Dumpstaphunk stands out among New Orleans’ best, cementing themselves as one of the funkiest bands to ever arise from the Crescent City. Born on the Jazz & Heritage Festival stage, and descended from Neville and Meters family bloodlines, these soldiers of funk ignite a deep, gritty groove that dares listeners not to move. Their performances combine ingenious musicianship through complex funk, rock, and jazz arrangements accompanied by soulful melodies and Big Easy traditions. George Porter Jr. is best known as the bassist of The Meters, along with Art Neville, Leo Nocentelli, and Joseph Zigaboo Modeliste. The group was formed in the mid ‘60s and came to be recognized as one of the progenitors of funk, then called R&B. The Meters disbanded in 1977 but reformed in 1989. Today, the original group still plays the occasional reunions but the Funky Meters, of which Porter and Neville are still members, most prominently keeps the spirit alive.

Reserved concert seating in a special section is $60 per person and includes fair admission.

Kids 12 and under are admitted FREE

Seniors 65-over are admitted FREE